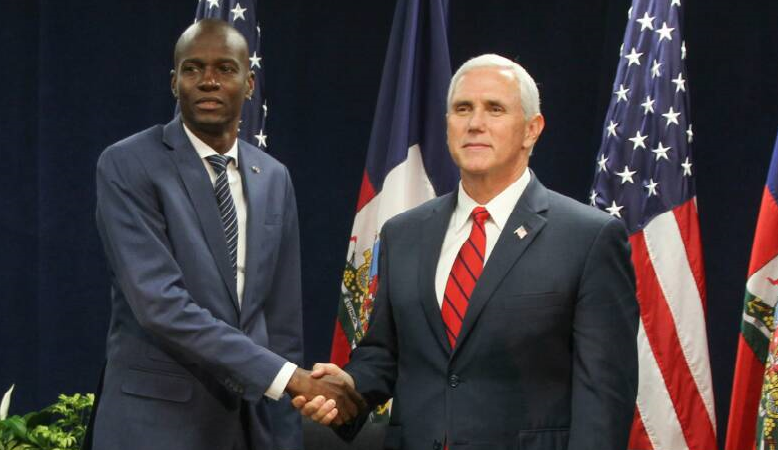 THE WHITE HOUSE
Office of the Vice President
FOR IMMEDIATE RELEASE
June 15, 2017

The Vice President today met with President Jovenel Moise of Haiti in Miami, Florida. On behalf of President Trump, the Vice President congratulated President Moise for his election earlier this year, and recognized Haiti for filling key government leadership positions.

The two leaders stressed the importance of pursuing an economic reform agenda to attract investment and generate growth.

The Vice President and President Moise reiterated their common commitment to building on strong bilateral ties, and working together to pursue issues of mutual interest.