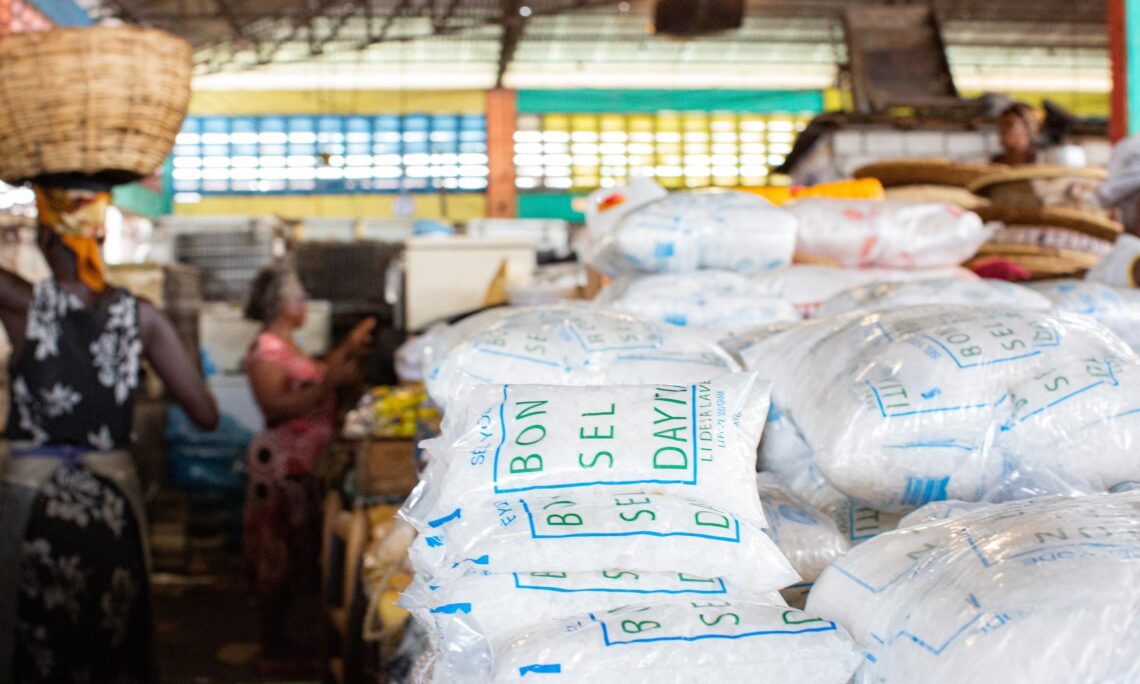 [Port-au-Prince] – A healthy and productive life begins with healthy nutrition. Pregnant and breastfeeding women are more at risk, and children need a good diet filled with vitamins to ensure a long life.  Since 2017, the United States Agency for International Development (USAID), through its Ranfòse Abitid Nitrisyon pou Fè Ogmante Sante (RANFOSE) project, has been working with the Ministry of Public Health and Population, the private sector, and other partners to ensure that fortified food products are widely available across the country to improve the health of Haitian families.

U.S. Ambassador to Haiti Michele Sison noted, “The U.S. government’s efforts, working with our Haitian partners, are leading to improved nutrition, health, and food security for Haitian communities.  Our RANFOSE program provides essential nutrients for the diets of women and children and improves the wellbeing of Haitian families.  The program is also aligned with the Ministry of Public Health and Population’s Strategic Plan, which focuses on the prevention of malnutrition. When young Haitians are able to fully develop their physical and intellectual potential, their ability to contribute to Haiti’s future economic prosperity is improved.”

Food fortification is a simple, low-cost strategy that makes commonly consumed foods more nutritious. The Project focuses on strengthening wheat flour with iron and folic acid, vegetable oils with vitamin A, and salt with iodine. The quality control manager at Carribex S.A., a local food company working with RANFOSE, Carl-Henri stated, “Since the presentation of this program, our company immediately sought information and made commitments to offer products that comply with the law on food fortification. Micronutrients are an investment in the future of the country.”  This company has decided to fortify the butter, margarine and shortening it produces, which has earned them the Serge Toureau prize created by the Ministry of Health to reward the efforts of those who fight against vitamin A deficiency in Haiti.

Guaranteeing the quality of fortified food is a key priority, and RANFOSE is working to support the food quality control system, in particular by strengthening the national food quality control laboratory under the Ministry of Agriculture.  A communication campaign is underway to promote the benefits of fortified products and encourage the Haitian population to consume them.

During the COVID-19 pandemic in Haiti, food fortification is very important, as malnutrition is the number one cause of immunodeficiency worldwide.  Micronutrient deficiencies make the body more at risk for infection, thus increasing lethality. Consuming fortified flour, oil, and salt, which are staples of the basic Haitian diet, mitigate the impact of food insecurity in Haiti.  The economic consequences linked to these deficiencies are just as serious because they generate a decrease in the workforce, a decline in academic performance and consequently a loss of productivity, which increases the number of people living in extreme poverty.

The RANFOSE project is ensuring that the Haitian population now has access to foods enriched with vitamins and minerals.  To date, 76% of the flour and 65% of the oil sold in the Haitian market are fortified.  To ensure that children are well nourished and can reach their full potential, the Project plans to share more information through an awareness campaign in the media.