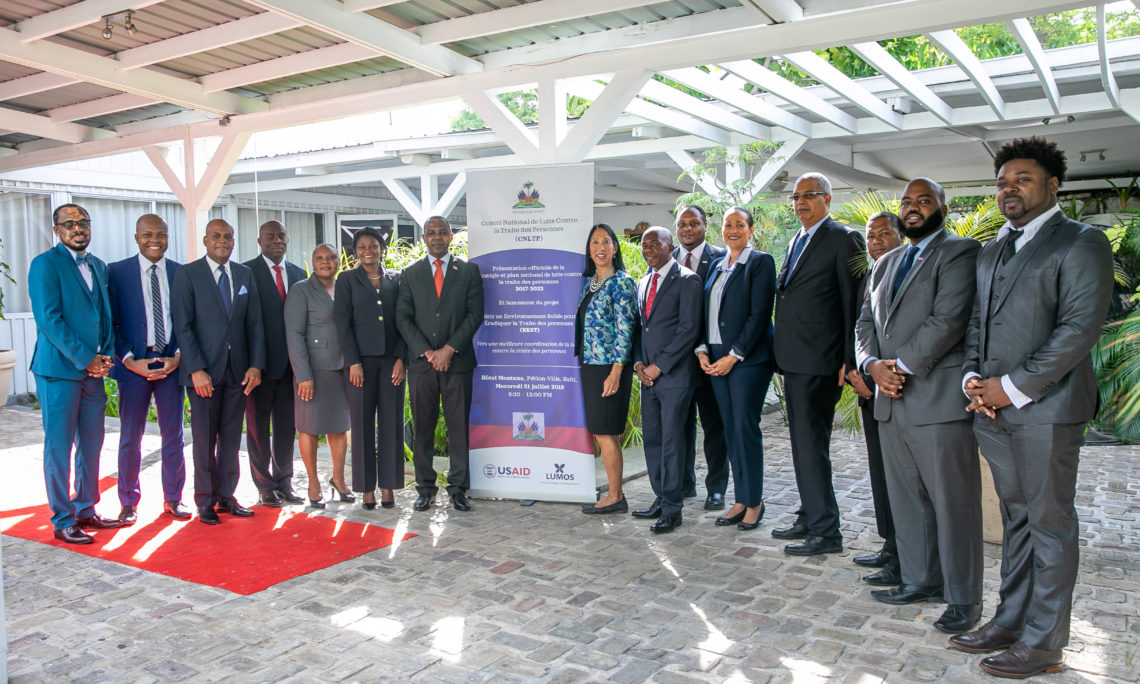 Port-au-Prince, July 31, 2019- In an effort to increase public awareness and protect victims, USAID signed a four-year cooperative agreement with the LUMOS Foundation to support a major acceleration of the Haitian government’s and civil society’s efforts to deliver transformative progress on the endemic issue of human trafficking, with a special focus on child trafficking and the thousands of children victim to cross-border trafficking and who have been placed in institutionalized care and domestic servitude.

This project will be implemented nationwide from 2019 to 2023 with an overarching goal of strengthening the capacity of the Haitian Government, local authorities and civil society to prevent, recognize, respond and prevent trafficking. USAID and LUMOS will increase public awareness of the dangers, legal consequences, and various forms of trafficking; develop and implement victim-centered services to provide protection and assistance to trafficked persons at the national and departmental levels; and enable the National Counter-Trafficking Committee (NCTC), L’Institut du Bien-Etre Social et de Recherches (IBESR), and partners to more effectively coordinate counter Trafficking in Persons activities.

“There are many reasons vulnerable citizens can become trafficked – from their socio-economic conditions, to geographic locations, or their age,” said Acting Mission Director Gary Juste. “In Haiti, these situations tend to manifest themselves among children or those living along the border with Dominican Republic.  I look forward to USAID continuing its progress with the Government of Haiti to provide resources for victims and ensure that traffickers are brought to justice.”

This new project will build upon previous anti-trafficking successes by the Government of Haiti with support from the U.S. government. In the last seven years, the government of Haiti has closed several abusive orphanages and worked to reconstruct its foster care system to support child trafficking victims and reduce vulnerability to abuse. The government also increased the number of trained police; deployed its first class of border police trained to detect and combat trafficking; and increased coordination and oversight of its anti-trafficking efforts.

In Haiti, at least 30,000 children live in institutions, most of them in abusive orphanages where they are often subject to trafficking. Another form of trafficking in Haiti can be found within the widespread practice of placing children with other families to perform domestic worker, known as restavèks. In exchange for performing domestic tasks, children of families too poor to care for them should receive some sort of care and education from the receiving family. However, this practice is often characterized by children that are physically abused while in domestic servitude, unpaid for their work and prevented from attending school. In 2016, UNICEF published a report on children in domesticity, which estimated that 400,000 children are involved in domestic work; of those, 207,000 under age 15 are in unacceptable conditions.