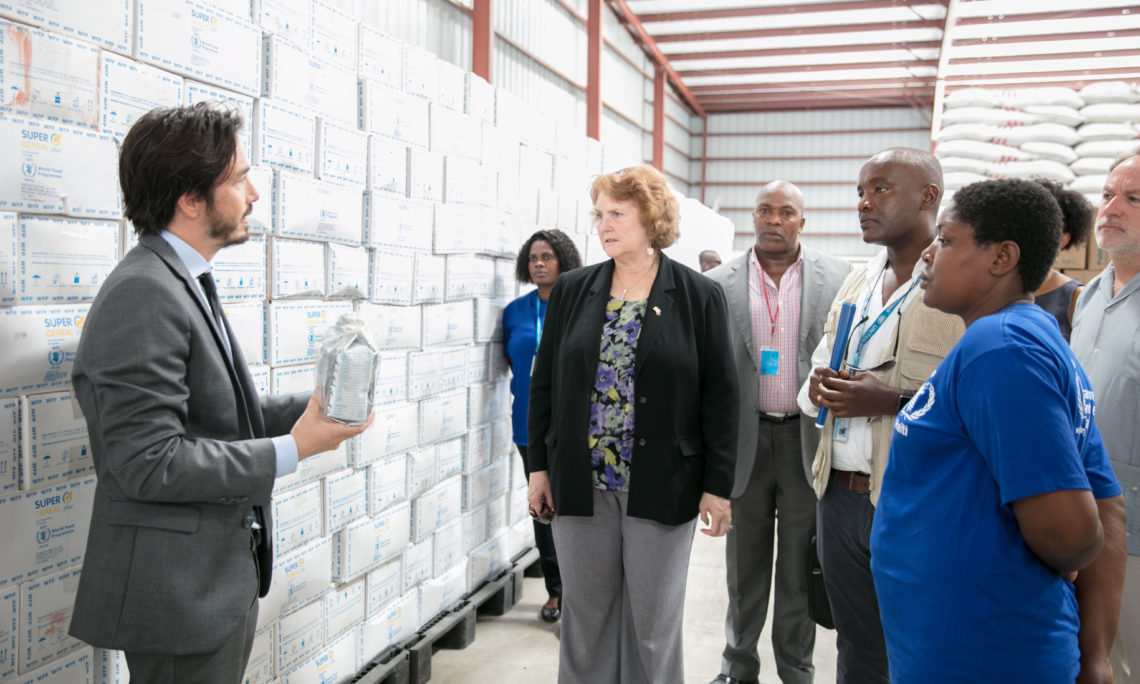 Port-au-Prince, October 13, 2017- Haiti ranks third globally among countries most affected by extreme weather events. This year alone, less than a year after the devastating Hurricane Matthew, the country was affected by two major hurricanes—Irma and Maria—that brushed past Haiti’s northern coast, causing flooding. A well-prepared and immediate response is needed in order to prevent food shortages and hunger which can often follow a large-scale disaster.

The United States Agency for International Development (USAID) has awarded $4 million to the World Food Program (WFP) in Haiti, to help distribute food more quickly in the aftermath of a disaster. The support helps WFP cut out what can be a lengthy contracting process with stand-by procurement agreements with regional food suppliers who can rapidly stock WFP warehouses with enough commodities to feed as many as 150,000 people for one month.

U.S. Embassy Haiti Chargé d’Affaires Robin Diallo thanked the Government of Haiti and WFP for continued collaboration with the U.S. government as she toured the WFP food warehouse in Port-au-Prince on October 13, 2017.

“We rely on the strength of our partnerships with the Government of Haiti and with organizations like the World Food Program—especially as we share common goals of achieving fast and efficient emergency response and increased social protection for Haitians during times of natural disaster and other crises,” Diallo said. “The USAID Haiti Mission’s Food for Peace (FFP) office has worked diligently on this significant award to WFP to help increase food security via better preparedness to reduce the time it can take to get food to those in need following a disaster,” she said.