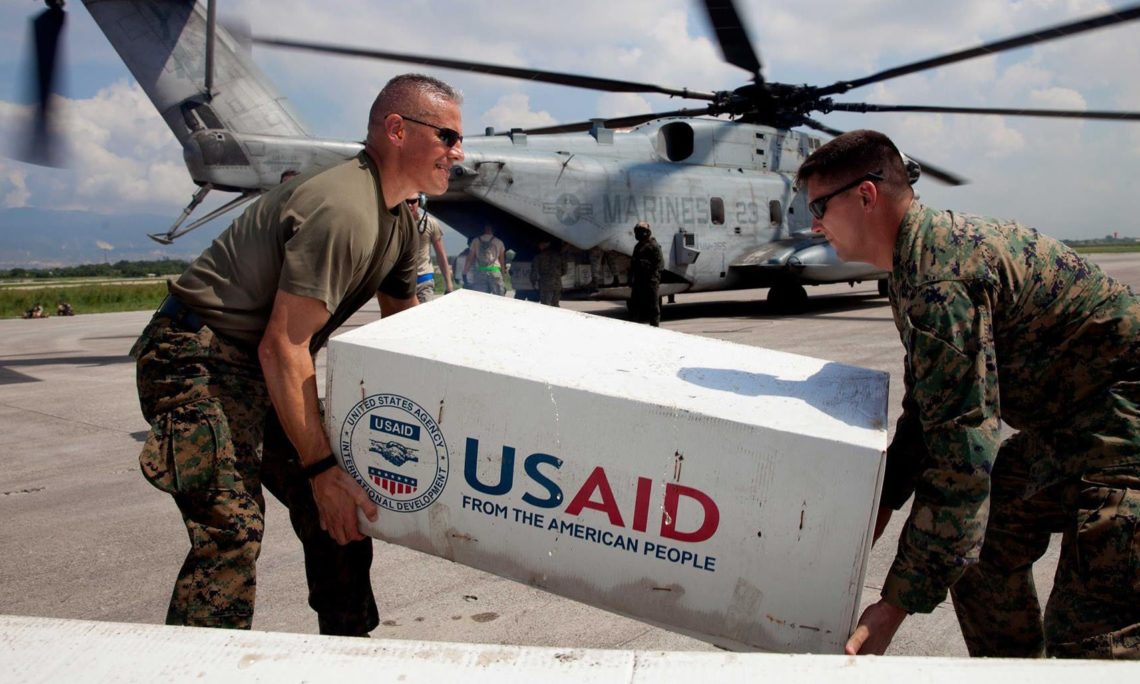 After the destruction and loss caused by Hurricane Matthew, the United States government has responded to help the people of Haiti.  In full support of the Government of Haiti’s response strategy, a civilian team of over fifty U.S. Agency for International Development (USAID) disaster response experts is working hand-in-hand with Haitians and NGOs throughout the south to deliver an initial $1.3 million of supplies, which is going to communities in Haiti that have been impacted by the storm.  USAID just announced an additional $12 million to support relief efforts.

The USAID DART (Disaster Assistance Response Team) has called on the unique ability of the U.S. military to airlift these supplies to Les Cayes and Jeremie, as well as other hard to reach affected areas.  To support the USAID DART, the Department of Defense has deployed over 400 military personnel and 12 helicopters at the Port-au-Prince airport.  “Our priority is saving lives,” said Ambassador Mulrean.

This year, before the hurricane, incidence of suspect cholera cases had been rising.  With the destruction of water and sanitation systems in the south, many Haitians are more vulnerable than before.  In collaboration with DINEPA (La Direction Nationale de l’Eau Potable et de l’Assainissement) and other international partners, the Center for Disease Control and Prevention (CDC) and USAID are working to prevent, detect and respond to cholera and other water-borne diseases. USAID is providing communities with 5.7 million aquatabs for purifying drinking water and over 38 metric tons of powdered chlorine chemicals to sanitize water sources.

Ambassador Peter Mulrean said, “I’ve seen it from the air, and it looks catastrophic.  I’ve seen it from the ground, and it is heartbreaking. On behalf of the people of the United States, we wish to convey our deepest sympathies and sincere condolences to all those who have lost loved ones.”