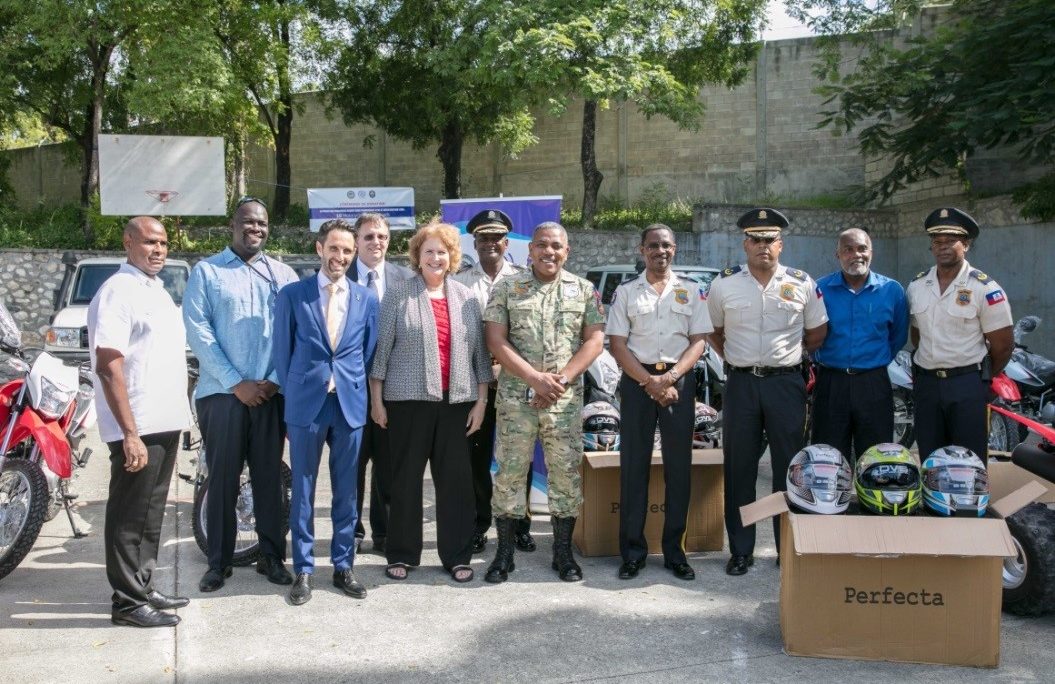 Port au Prince – Reflecting the United States government’s continued support of the government of Haiti and the Haitian National Police. Charge d’Affaires Robin Diallo participated in a ceremony marking the handover of 20 motorcycles and all–terrain vehicles to Haiti’s Border Police Unit. The vehicles are purchased with funds provided by the U.S. government to the International Organization of Migration (IOM) as part of a $645,000 program to support the Border Police.

Through INL, the U.S. government actively supports the training and professional development of the Haitian National Police meeting the shared objective of a strong, secure, and economically viable Haiti.