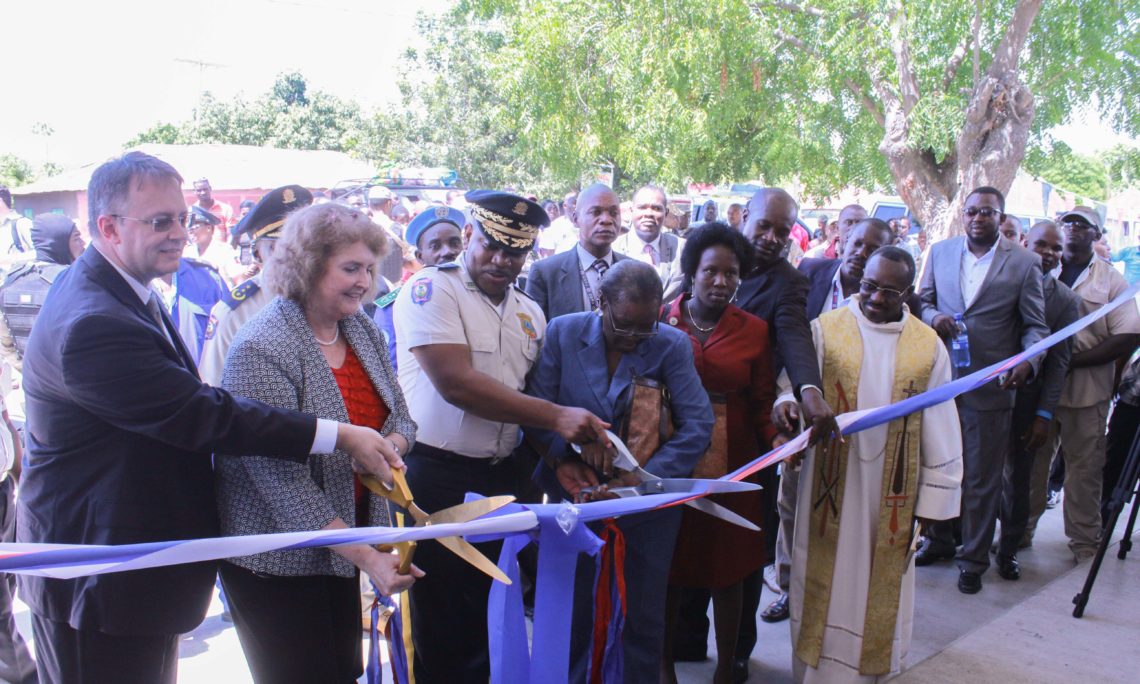 Participating in the inauguration of the Police Commissariat of Terrier-Rouge, in the Northeast department, alongside the Director General of the Haitian National Police (HNP), Michel-Ange Gedeon, the Mayor of Terrier Rouge, Marie Evena Daniel Pompilus, and  local and international officials, Chargé Diallo praised the HNP’s leadership and its efforts to assure the security of Haitian population, stating, “The Haitian National Police have the confidence of their national leaders, their commanders, the international community, and most importantly, the citizens that they serve and protect.  The United States remains steadfast in support of the women and men of the HNP as they build a stable platform for a more prosperous Haiti.”

The construction of the Commissariat, launched in September 2016, was financed by the U.S. Government, through the Bureau of International Narcotics and Law Enforcement Affairs (INL).  The U.S. Embassy is proud to hand over this building to the HNP, which will help the maintain law and order in the region and strengthen the HNP’s relations with the local community it will serve.

The United States has supported Haiti’s security efforts for twenty years and has completed other infrastructure projects to build police stations and prisons throughout the country, including in Port-de-Paix, Cabaret, Les Cayes and Petit-Goave.