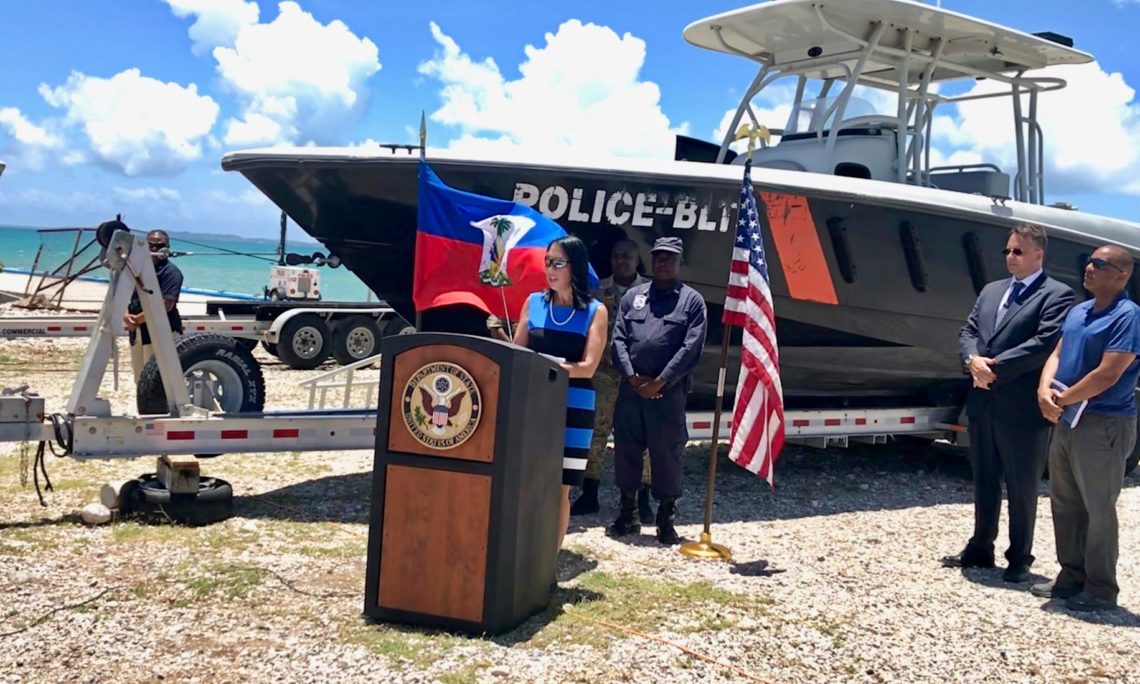 Les Cayes, Haiti – Ambassador Michele J. Sison inspected the partnership between the U.S. and Haiti today at the Haitian Coast Guard base in Les Cayes.

“The Joint Task Force is an important initiative in securing Haiti’s maritime borders and combatting transnational crime,” stated Ambassador Sison.  “I am truly pleased to see this model of inter-agency cooperation taking shape to serve both the security needs of the Haitian people as well as the ships that transit Haiti’s waters at this important crossroads of commerce in the region.”

The delegation observed on-going training regarding boat maintenance and operations being conducted by INL partner Virginia Electronic Systems, as a part of regular training conducted between the U.S. and the Haitian Coast Guard and BLTS. The Ambassador also noted that the planned creation of a K-9 unit at the base would be a welcomed edition to our joint counternarcotics mission.