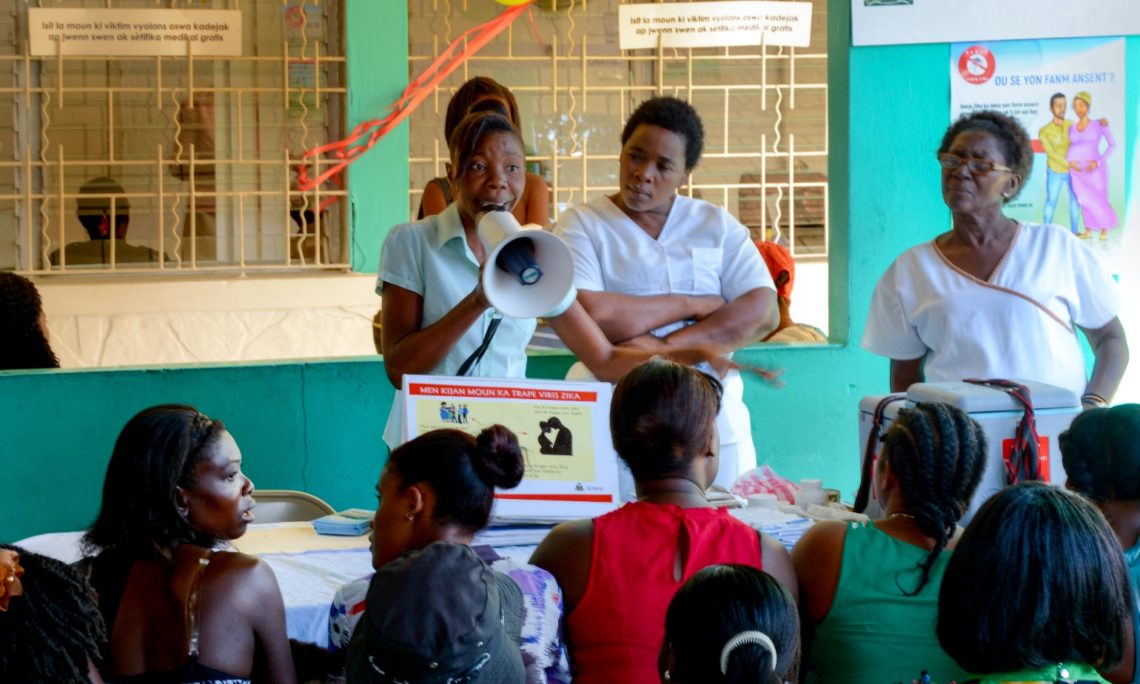 The U.S. Centers for Disease Control and Prevention (CDC), with support from the U.S. Agency for International Development (USAID), hosted two delegations to learn about malaria elimination on Hispaniola. The United Nations (UN) Foundation and Malaria No More sponsored the two delegations of ten Congressional staffers to travel to Haiti and meet with key partners leading the effort to eliminate malaria, a mosquito-borne disease, from Hispaniola by 2020.

Haiti and the Dominican Republic are the only countries in the Caribbean where malaria is still endemic, but improvements to malaria diagnosis, treatment, and surveillance have made malaria elimination an achievable goal. Malaria Zero, an initiative led by the CDC and including an array of partners, was launched in 2015 to accelerate malaria elimination on Hispaniola. The UN Foundation and Malaria No More are Malaria Zero partners for advocacy and resource mobilization.

While in Haiti, the UN Foundation and Malaria No More delegations met with Chargé d’Affaires Brian Shukan and members of the U.S. government interagency health team to learn about the U.S.’s investments in malaria control and the Haitian health system. The delegations also participated in health facility site visits around Port-au-Prince to observe the diverse malaria prevention and control activities contributing to malaria reduction

in Haiti. While visiting a USAID-supported health facility in Delmas 75, the delegations met community health workers who provide education to families about mosquito-borne disease; and at Hôpital Foyer Saint Camille, a CDC and President’s Emergency Plan for AIDS Relief (PEPFAR)-supported health facility, the delegations witnessed malaria rapid diagnostic testing and learned about facility-level malaria surveillance and reporting. The UN Foundation delegation also visited the commune of Ouanaminthe, which borders the Dominican Republic, where collaboration between the Ministries of Health of Haiti and the Dominican Republic and CDC supports malaria testing and treatment in the community.

The delegations also toured the National Public Health Laboratory (LNSP) and the Directorate of Epidemiology, Laboratory, and Research (DELR) where they met key partners from the Ministry of Health, including the director of Haiti’s National Malaria Control Program Dr. Frantz Lemoine. Dr. Lemoine, along with the directors of LNSP and DELR Drs. Jacques Boncy and Paul Adrien, discussed the important function integrated surveillance systems and improved laboratory diagnostics play in advancing malaria elimination and noted the CDC’s role in helping to enhance surveillance and laboratory capacity in Haiti.

Throughout the delegations’ visit to Haiti, the U.S. government health team and partners stressed the importance of continued investments and support for malaria elimination efforts on Hispaniola. Malaria cases have declined in Haiti by more than 50% since 2009 with only 21,000 cases identified in 2016, making malaria elimination more plausible now than ever.