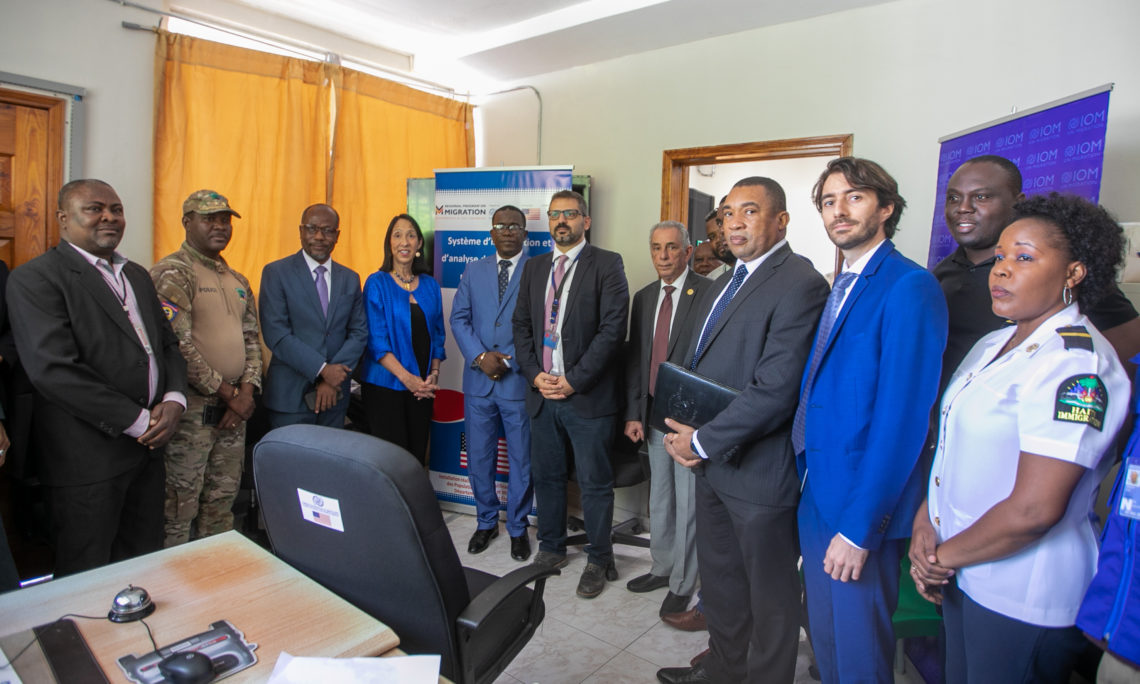 I’m honored to be here with you today as we showcase an excellent example of cooperation among the Haitian government, the United States government, and IOM.

The inauguration of Haiti’s first MIDAS installation here in Malpasse represents an important step in modernizing the cross-border travel between Haiti and the Dominican Republic.  I have been impressed by the innovation that MIDAS brings to that important undertaking.

Developed by IOM, MIDAS strengthens the capacity of the Haitian government to monitor the border through the collection, processing, storage, and analysis of traveler information, thereby decreasing the potential for illicit travel and trafficking in persons.  Increased efficiency will also speed the border-crossing process, providing a clear benefit to travelers and the government alike.  In addition, systemic management lessens the possibility of corruption at the border.

As the recent report by the Center for Strategic and International Studies from Washington, D.C. noted as well, corruption is a real obstacle to Haiti’s development.  Combatting such corruption and increasing collection of customs revenues will allow the government to better mobilize its domestic resources in ways that benefit all Haitians and build a stronger future for the country.

I would like to acknowledge in particular the work of everyone involved in the launch of the project here in Malpasse.  Best practices and lessons learned through your efforts will be incorporated as MIDAS is installed at additional border crossings in partnership with IOM and will contribute to future successes throughout the system.  I also want to note that the U.S. Embassy, through INL, supports the Haitian National Police’s counter narcotics and border police units (BLTS and POLIFRONT) at the Malpasse border crossing with modular units, fuel and police equipment.  INL is also renovating a base for POLIFRONT at Malpasse.

Let me close my brief remarks by again expressing my sincere thanks for the ongoing partnership and support we have with our Haitian colleagues and with IOM.  The United States is pleased to fund MIDAS in Haiti through the State Department Bureau of Population, Refugees, and Migration’s $13 million Western Hemisphere Regional Migration Program.  We believe it is a sound investment in Haiti’s future.