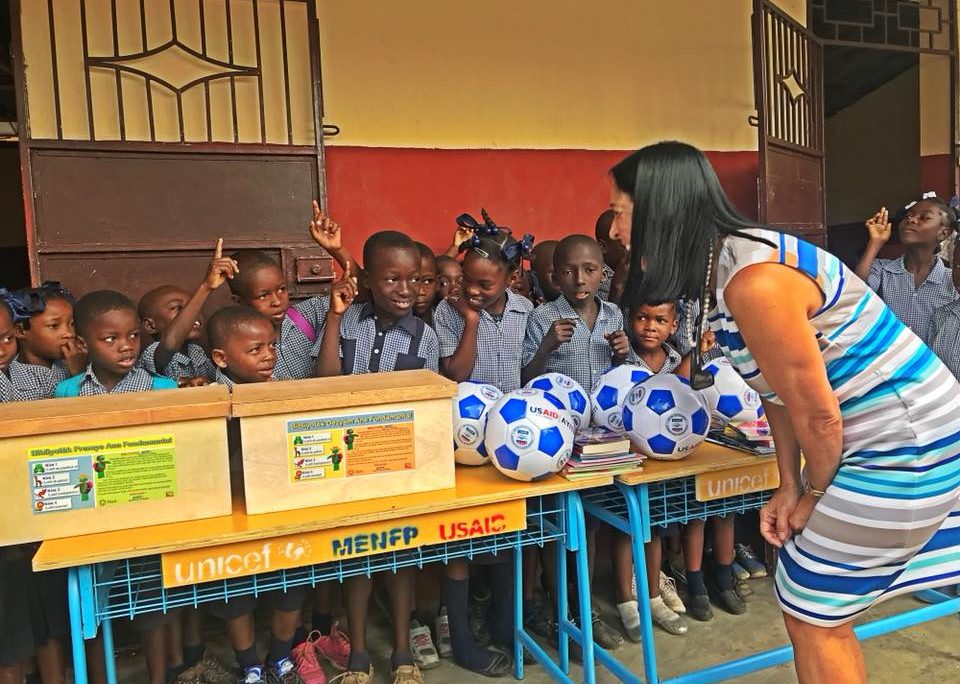 Highlighting priorities of good governance, the role of civil society, and providing support to Haitian security, Ambassador Sison met with key Haitian leaders during her trip, including Haitian National Police Nippes Department Director, Commissaire Divisionnaire Ludwige Bertrand, who graduated from the Inter-American Defense College (IADC) with support from the U.S. Department of State’s INL Bureau; the President of the Cayes Municipal Council, Gabriel Fortuné; and Cardinal Chibly Langlois, the highest-ranking member of the Catholic Church in Haiti as well as local community and civil society leaders.

At the Haitian National Coast Guard Base, the Ambassador delivered remarks highlighting ongoing cooperation between the U.S. State Department (INL), the U.S. Coast Guard, and Haiti’s Joint Maritime Task Force to strengthen maritime security and combat maritime narcotics trafficking. She also visited the Les Cayes office of Haiti’s Tax Directorate, where USAID has supported the Government of Haiti with improved technologies to increase tax revenue that can be used to better serve the Haitian people.

Ambassador Sison toured Ecole Nationale Remy Zamor and donated books to the students and teachers, who received resiliency training through a partnership between USAID and UNICEF after Hurricane Matthew in 2016. She then traveled to Coteaux to see a microgrid supported by USAID and the United Nations Environment Program and highlight U.S. Government commitment to helping the Government of Haiti expand electricity access. While in Coteaux, the Ambassador met with local communities that sustained significant damage from Hurricane Matthew in 2016 and have rebuilt and created safer homes as well as community-based disaster response protocols with support from USAID and Catholic Relief Services. She also toured the impressive Botanical Gardens of Les Cayes with Agronomist William Cinea, a U.S. exchange alumnus.

She concludes her time in the region launching TechCamp Okay, a public-private initiative that gathered more than 30 entrepreneurs from the region and offered the opportunity to engage in hands-on capacity building and networking with the region’s leading government, academic, civil society, and business experts. The TechCamp Okay program is themed “Entrepreneurship: Adapt, Empower, and Measure.” All are encouraged to engage in the TechCamp conversation on Twitter April 27 – 29 using #TechCampOkay.