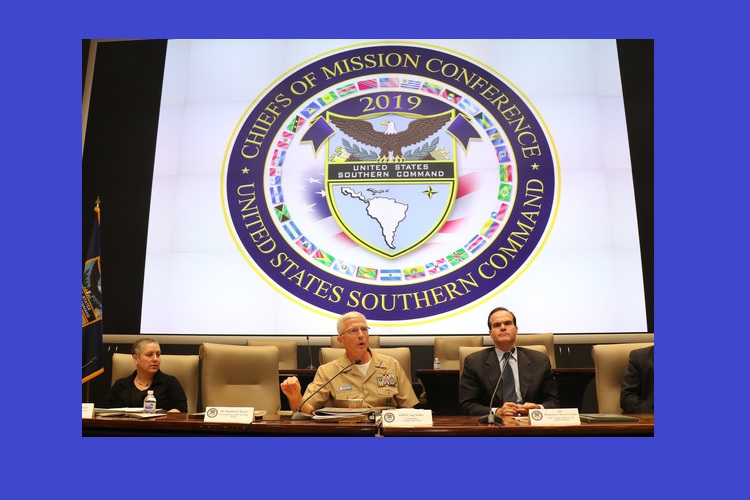 MIAMI – U.S. Southern Command hosted U.S. chiefs of mission and senior policymakers May 28-30 for an annual meeting to discuss the command’s support to U.S. foreign policy and diplomatic efforts in South America, Central America and the Caribbean.

“It was an excellent opportunity to hear the perspectives, priorities and ideas of our senior diplomats who represent our nation across the Western Hemisphere,” said U.S. Navy Adm. Craig Faller, commander of U.S. Southern Command, after hosting the conference for the first time. “The opportunity to hear from our senior diplomats provides us with invaluable insights and a crucial understanding of how we can best work together to counter threats and strengthen partnerships in the region.”

The conference included discussions on regional security challenges and ongoing collaborative efforts between U.S. federal agencies and partner nations to address them.

The forum also included the participation of senior representatives from the Department of State, National Security Council, Department of Homeland Security, and U.S. Agency for International Development.

• U.S. Agency for International Development, Bureau for Latin America and the Caribbean: