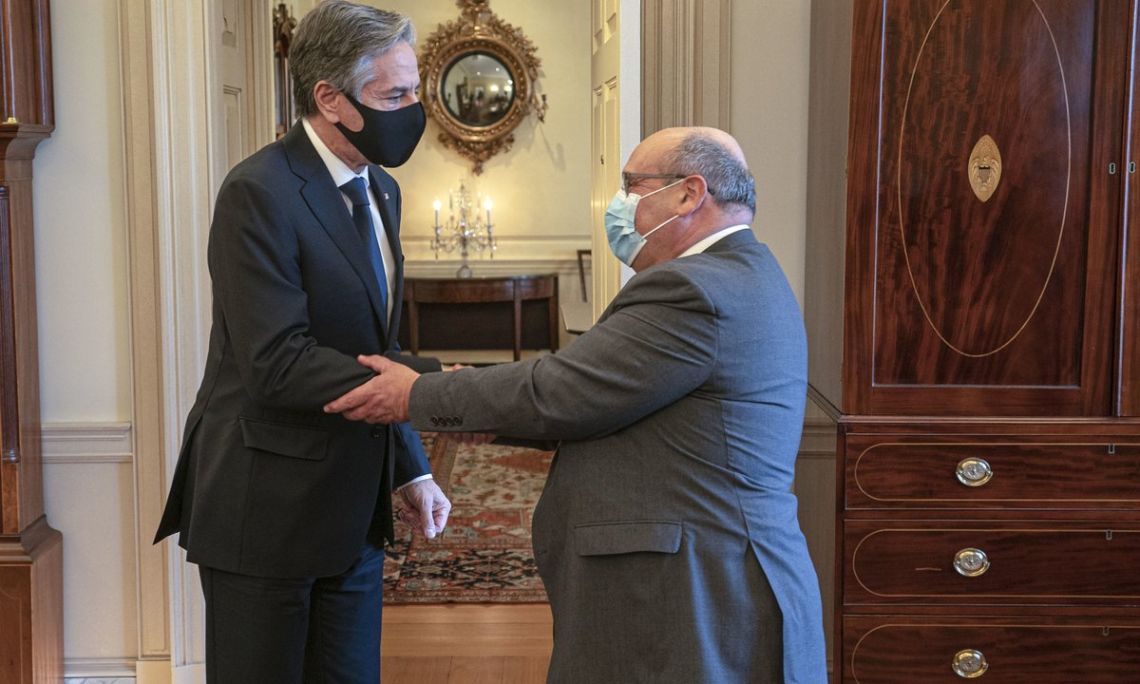 READOUT
OFFICE OF THE SPOKESPERSON
NOVEMBER 15, 2021

The below is attributable to Spokesperson Ned Price:

Secretary Blinken met with Director General António Vitorino and the two new Deputy Directors General Amy Pope and Ugochi Daniels today in Washington, D.C.  Secretary Blinken congratulated the Director General on IOM’s upcoming 70th anniversary and welcomed the two Deputy Directors General to their new positions.  The Secretary thanked IOM for its ongoing efforts to provide humanitarian assistance to the people of Afghanistan.  The Secretary and Director General Vitorino also discussed the need for more coordinated and cohesive migration management efforts in the Americas, including to address root causes of irregular migration.  The Secretary highlighted reinvigorated U.S. leadership on humanitarian issues, particularly refugee resettlement, and the U.S. commitment to work with international partners to address shared migration challenges, including the impact of climate change on the movements of people.