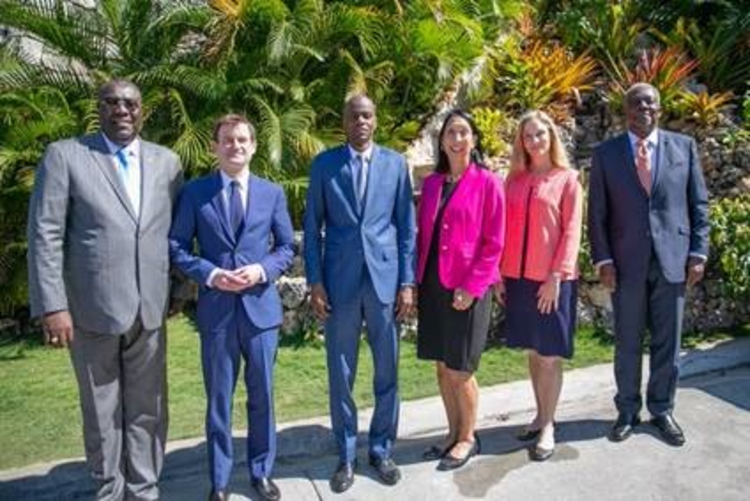 Under Secretary of State for Political Affairs David Hale met Friday in Port-au-Prince, Haiti, with President Jovenel Moïse, Foreign Minister Bocchit Edmond, and other political leaders.  They discussed the political crisis and urgent need for an inclusive dialogue among all parties.  They  discussed the dire economic situation in the country and the role of U.S. development and humanitarian assistance.  Under Secretary Hale thanked the Haitian government for its leadership in restoring democracy in Venezuela. The United States calls on all Haitian leaders to come together without preconditions to end the political gridlock and form a government that will end the suffering of the Haitian people.