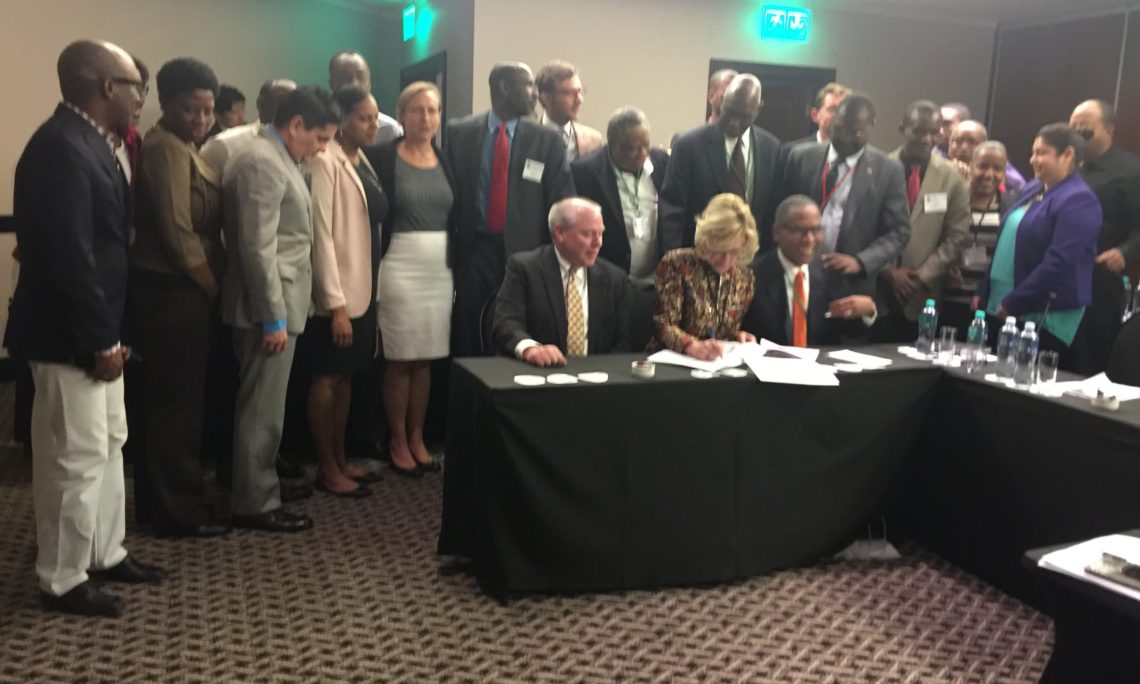 Ambassador Birx’s approval was the culmination of a several month planning process that involved a complete review of strategies and targets as determined by each PEPFAR country. The session also provided an opportunity to gather feedback from stakeholders.  From Haiti there were representatives from the MSPP and the National AIDS Control Program (PNLS), the Global Fund to Fight AIDS, Tuberculosis and Malaria, UNAIDS, and members of civil society representing people living with HIV and key populations.

The U.S. Embassy and the PEPFAR Haiti team look forward to implementing COP 17 and continuing to move towards curbing this epidemic.  Currently, the PEPFAR program in Haiti supports over 85,000 individuals enrolled on antiretroviral therapy, has tested over 200,000 pregnant women for HIV and returned their results, and has reached almost 80,000 orphans and vulnerable children and their caregivers infected and affected by HIV/AIDS.