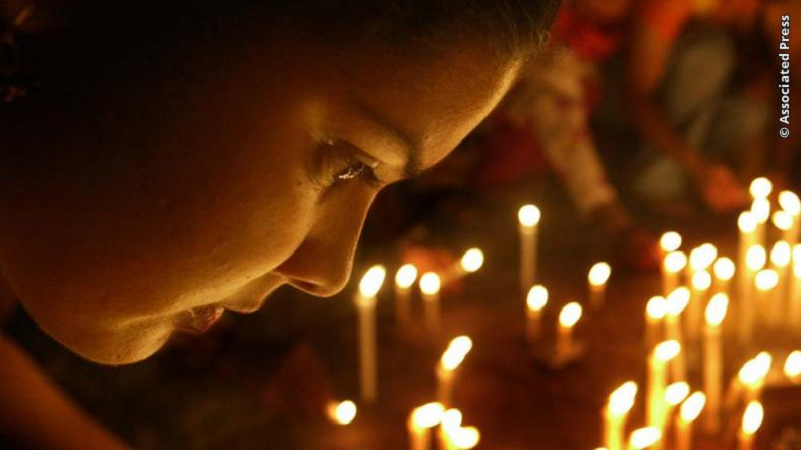 A woman in Mumbai commemorates the International Day for the Elimination of Violence against Women.

Worldwide, one in three women will experience violence in her lifetime. Given the costs violence poses to individuals, families, communities, and economies, this is a statistic we cannot ignore. On November 25, the global community will mark the International Day for the Elimination of Violence against Women and begin “16 Days of Activism against Gender-based Violence,” an annual campaign to bring attention to ending violence against women and girls.

These designations offer the chance not only to remember and honor survivors and victims, but also to take stock of this global epidemic, reassess strategies to end it, and come back to the fight with renewed vigor.

For example, as Iraq recovers after the retreat of ISIS, U.S.-funded programs are supporting the women and girls who survived violence and captivity. Psychological, health, economic, and social services are helping them rebuild their lives. We are proud that such U.S. efforts — and countless others around the world — are undertaken in partnership with survivors of violence and in collaboration with other governments and donors.

Throughout the 16 Days of Activism, the U.S. Department of State and U.S. diplomatic missions around the world are stepping up global efforts to engage communities, continue support to survivors, and invest in prevention. After all, this form of violence can be human rights issue, a health issue, an economic issue, and a security issue. The fact that other international days overlap with the 16 Days of Activism offers a constant reminder of the ways different forms of violence uniquely affect women and girls, including:

This culmination of commemorative days is more than dates on your calendar. These dates remind us that transformative change is possible when the global community steps up to respond to crimes that destroy lives and stymie economies.

When we stand up for women and girls’ rights, the entire world benefits.

About the Author: Rahima Kandahari serves as Director of Operations in the Secretary’s Office of Global Women’s Issues.

Editor’s Note: This entry is also published in the U.S. Department of State’s publication on Medium.com.