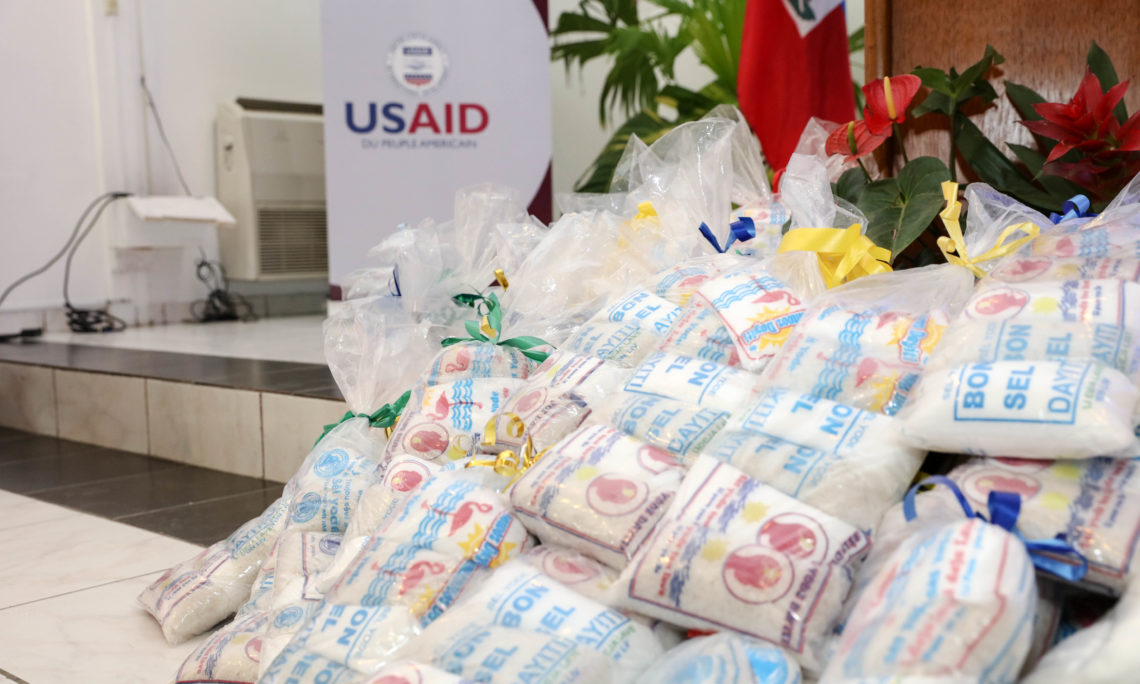 RANFOSE will increase the availability of high-quality, fortified staple foods across the country and expand the local production and importation of fortified foods.

“The project will work with the private sector, including local food producers and importers, to ensure the market viability to reach a wide population throughout the country” said Shukan.

RANFOSE directly contributes to the Government of Haiti-led efforts to improve the nutrition, health, and food security, per the Government of Haiti’s Nutrition Strategic Plan 2013-2018.  The project aims to decrease deficiencies in micronutrients, which play a vital role in the well-being of children, mothers, and each individual.

USAID has been working with the Ministry of Health and other partners, such as the United Nation Children’s Fund (UNICEF), to develop a food fortification activity for over a year.  In a recently released study financed by the Canadian Embassy, the Copenhagen Consensus Center identified food fortification, specifically wheat flour with iron, as one of the most efficient investments in Haiti’s development.  The RANFOSE project will focus on fortifying wheat flour with iron and folic acid, vegetable oils with vitamin A, and salt with iodine.  USAID will work with Partners of the Americas and Global Alliance for Improved Nutrition to implement this $4 million four-year health and nutrition project.

USAID is devoted to working closely with the Haitian Government to ensure the sustainability of these joint efforts to improve nutritional status of the entire population.  Additional programs, in which USAID collaborates with the Government of Haiti to promote nutrition and combat malnutrition, include a food pyramid guide for consuming nutritious local foods and a voucher safety net program to increase access to locally-produced foods among vulnerable households.