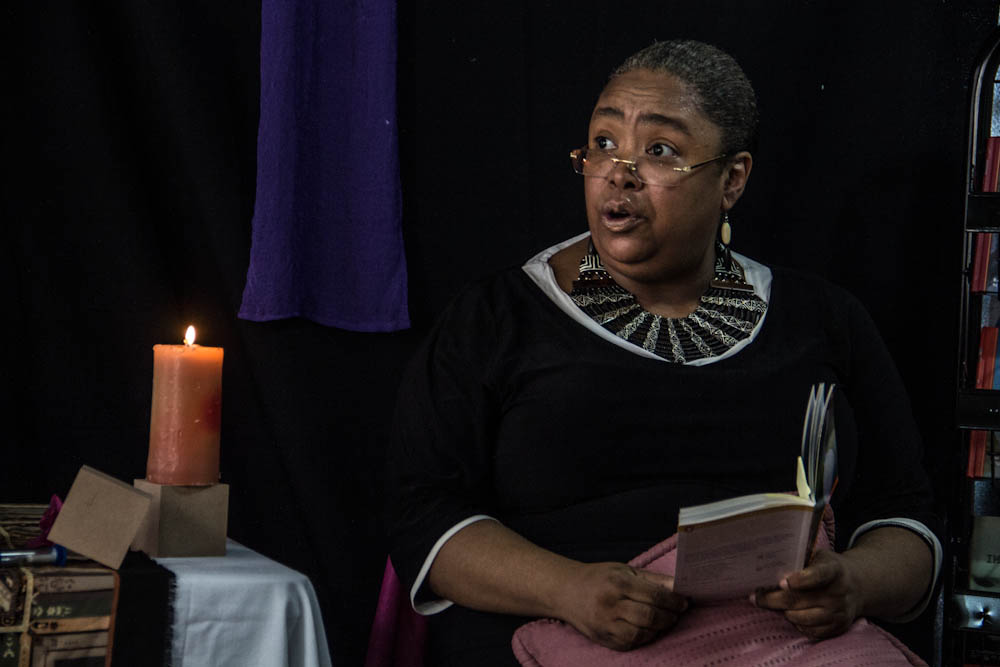 The “Quinzaine du Conte” started at FOKAL’s Bibliothèque Monique Calixte (BMC) on Saturday March 18, 2017 with a book and publications exhibit as well as entertainment for children. During the first week, library patrons discovered different books through reading and storytelling.    Every morning books were displayed on the library’s tables with a note inviting patrons to explore the genre.  The public also had the opportunity to listen to children’s stories using the BMC’s CD/DVD terminals. 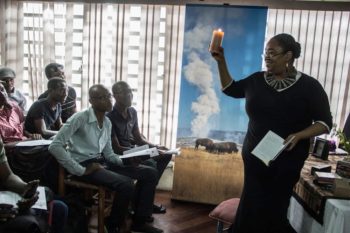 The Story Telling Salon took place on Friday March 24, 2017 from 3:00 to 6:00 PM.  Participants discovered Feliks Moriso Lewa’s “Ravinodyab”, Edwidge Danticat’s “Célimène” and also two classic American short stories, Kate Chopin’s “Story of an Hour” and O’ Henry’s “The Complete Life of John Hopkins” read by Nathalie Gardère.    On the occasion she took the time to set up a beautiful décor, creating the perfect ambiance for her weekly American corner English conversation club meeting.   Whether through French, Creole, or English, library patrons enjoyed the magical journey through the imaginary world of fairytales from Haiti and from other lands.

On Saturday March 25, 2017 Johnny Zephirin kept a rendezvous with 24 participants for a drawing and interpretation workshop.  The objective was to invent a story based on new drawings and narrate to the young public present in the room.  The storyteller warmed the children’s heart with one last performance before ending the acitivity.

To end the “Quinzaine du Conte” the BMC is inviting the public to FOKAl’s auditorium for a double animation:  Tim tim Timoun with Sylvie Laurent proposed by the Kont anba tonèl Festival, followed by a show for children titled: “our legendary and imaginary characters” starring nine young readers from the Monique Calixte Library.   You are cordially invited. 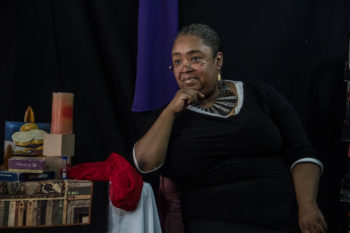