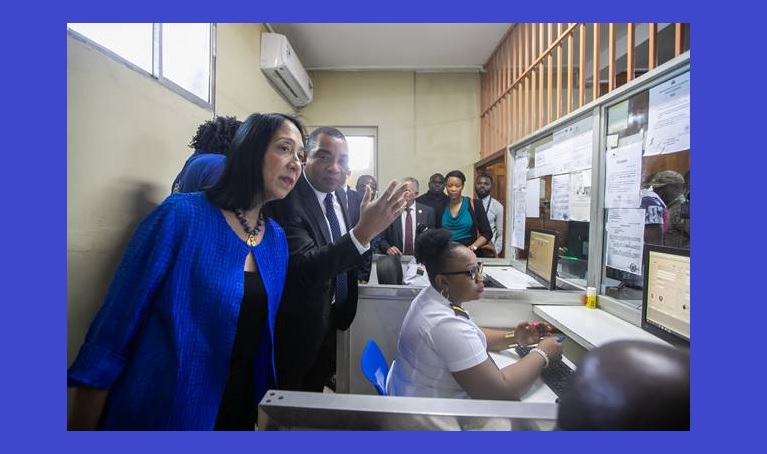 Developed in 2009 by IOM, the MIDAS system collects, process, store and analyses traveler information in real time. People entering and leaving Haiti are now controlled more efficiently through this new computerized system, thus contributing to increased border security. MIDAS facilitates crossing of travelers through the automatic capture of biometric information, as well as the work of DIE officers. According to information shared by the DIE, from 1st to 31st December 2019, 22,551 persons have already been registered.

As indicated by the Director of the DIE, Mr. Joseph Cianciulli, “the DIE no longer only produces passports, it now has full control over migration control“.  For his part, the Chief of Mission of IOM Haiti, Mr. Giuseppe Loprete, stressed that “IOM’s support in the installation of MIDAS at the Malpasse border point is only the beginning. As of this year, the Ouanaminthe and Belladère border points will also have MIDAS, and then potentially the international airports of Cap Haïtien and Port-au-Prince, in order to have an interconnected national migration control system”.

The Ambassador of the United States remarked, “The inauguration of Haiti’s first MIDAS installation here in Malpasse represents an important step in modernizing the cross-border travel between Haiti and the Dominican Republic.  [It is] an excellent example of cooperation among the Haitian government, the United States government, and IOM.”

The MIDAS system has been operational in Malpasse since 28 November 2019 thanks to funding from the US State Department’s Bureau of Population, Refugees and Migration (PRM).