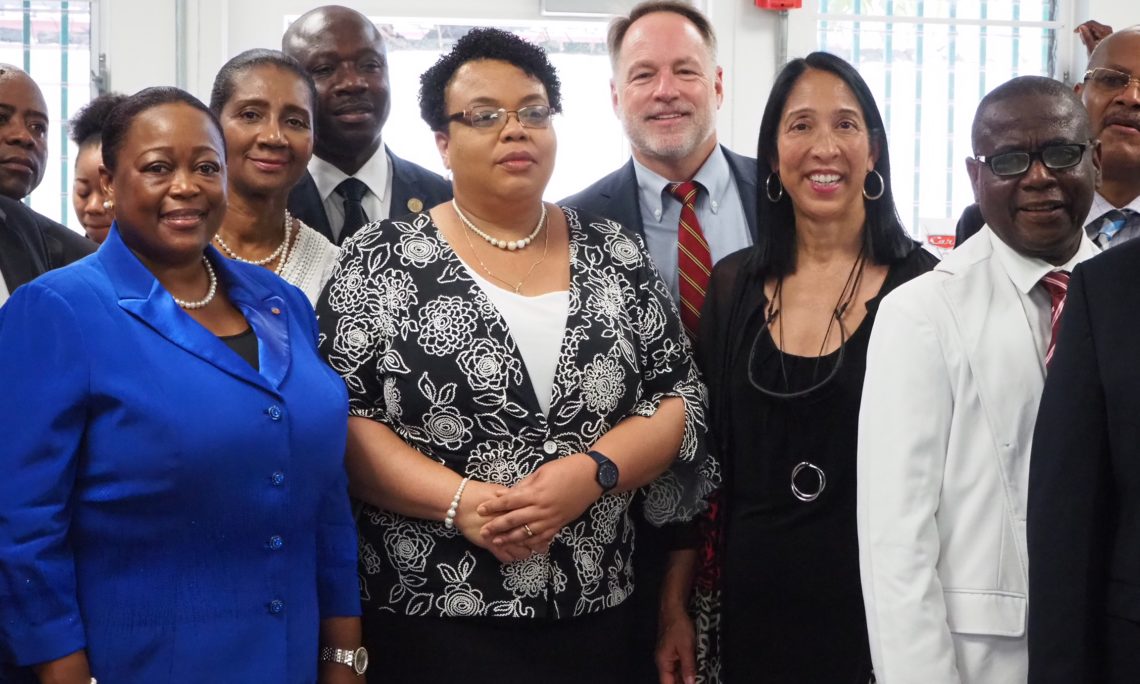 Cap-Haitien, April 17, 2018 – United States Ambassador to Haiti Michele J. Sison delivered remarks alongside the Haitian Minister of Health at Justinien University Hospital in Cap-Haitien to mark the inauguration of a new pediatric ward constructed by the United States Agency for International Development (USAID).

The new facility consists of a neonatal ward, infant ward, child and adolescent wards, two isolation rooms for the treatment of individuals with highly contagious diseases, exam rooms, and a triage area.

“Today’s inauguration highlights the continued partnership between the American people and the people of Haiti to bring high-quality health services to all Haitians,” said Ambassador Sison. “The new pediatric ward will support caring and healing for Justinien University Hospital’s most precious cases: the children of Cap-Haitien and hopefully the entire North department.”

Justinien is the main hospital in the second largest city in Haiti and serves most of the population in the North department. The new ward is designed to hold 80 beds and provide care to 250 patients each day, enabling hospital staff to better support the 825,000 citizens in the service delivery area.

In addition to its investments in health infrastructure, the U.S. Government helps Haiti’s Ministry of Health deliver high-quality health services to the Haitian people at medical facilities across the country.

Since the 2010 earthquake in Haiti, USAID has funded a variety of large infrastructure projects to assist in rebuilding Haiti’s medical facilities. In addition to the renovation of Justinien, USAID rebuilt the National Campus for Health Sciences and has supported the construction of the State University Hospital in Port-au-Prince.