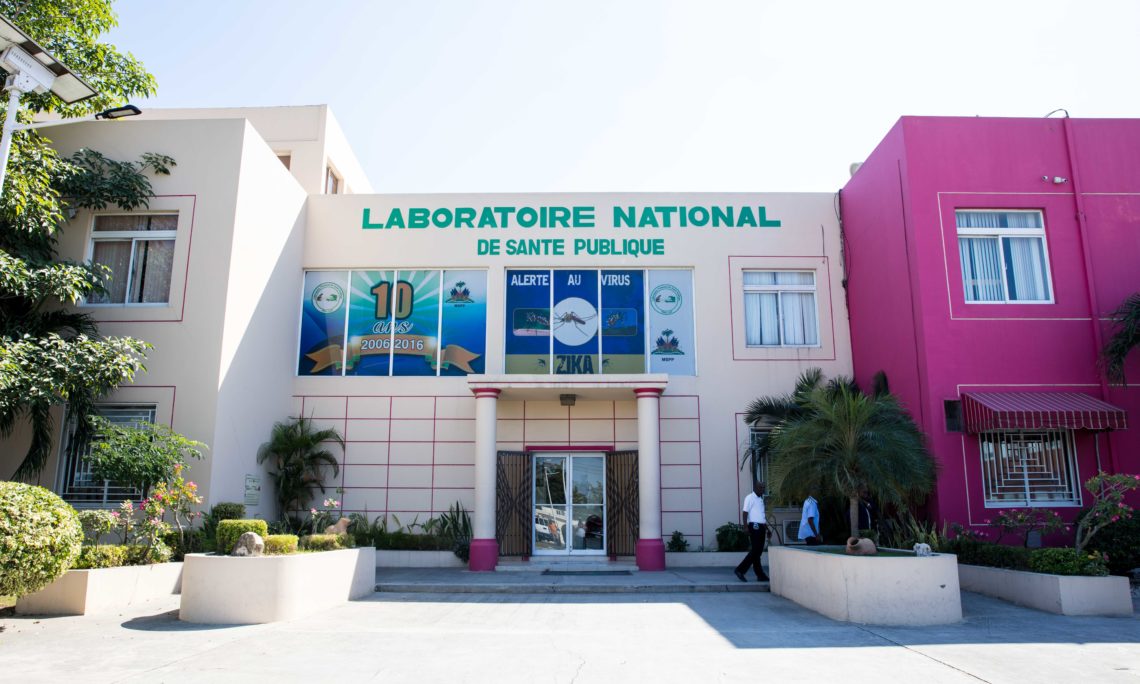 Port-au-Prince, Haiti – Thursday, December 21, 2017, the Ministry of Public Health and Population’s National Public Health Laboratory (LNSP) celebrated the inauguration of a national biosafety level 3 (BSL-3) laboratory. The U.S. Government through the U.S. Centers for Disease Control and other international and local partners supported the establishment of the laboratory which will be used for tuberculosis (TB) and multidrug resistant tuberculosis (MDR-TB) diagnosis and treatment. In addition to increasing Haiti’s capacity to diagnose and treat cases of TB and MDR-TB, the lab will allow the country to monitor the evolution of TB drug resistance in Haiti and to handle emerging infectious agents that pose a significant risk to laboratory staff and the environment.

Acting Deputy Chief of Mission Robert Hannan attended the ceremony noting the critical role laboratory services play in diagnosing, treating, and responding to potential disease threats. “With the opening of the BSL-3 laboratory, Haiti is taking another crucial step toward health security. The Ministry will be able to carry out TB culture, allowing for critical diagnoses; and to conduct the vital research necessary to help better understand and control drug resistance in Haiti.”

Dr. Lauré Adrien, Director General of the Ministry of Public Health and Population, thanked the U.S. Government for their support in establishing the laboratory and noted that a health system cannot exist without a strong laboratory system.

The Director of the National Public Health Laboratory Dr. Jacques Boncy was honored to commemorate the opening of the lab, stating: “We would like to thank the U.S. Government through CDC for their technical and financial assistance. Now let’s use this technology to understand the diversity of mycobacterium tuberculosis strains circulating in the country and region, including the transmission of multidrug-resistant tuberculosis.”

The director of Haiti’s National Tuberculosis Control Program (PNLT), Dr. Willy Morose, said “the operationalization of the national BSL-3 laboratory is a comfort to PNLT. Its implementation is good news for providers of the 257 sites for the treatment of tuberculosis for better bacteriological monitoring of cases of tuberculosis”.

Haiti has the highest incidence of TB in the Western Hemisphere. During the 2010 earthquake response, CDC supported intensified disease surveillance, which helped improve diagnosis and treatment of TB cases. The opening of the national BSL-3 laboratory reaffirms Haiti’s commitment to controlling the spread of TB and MDR-TB and addressing infectious disease threats.