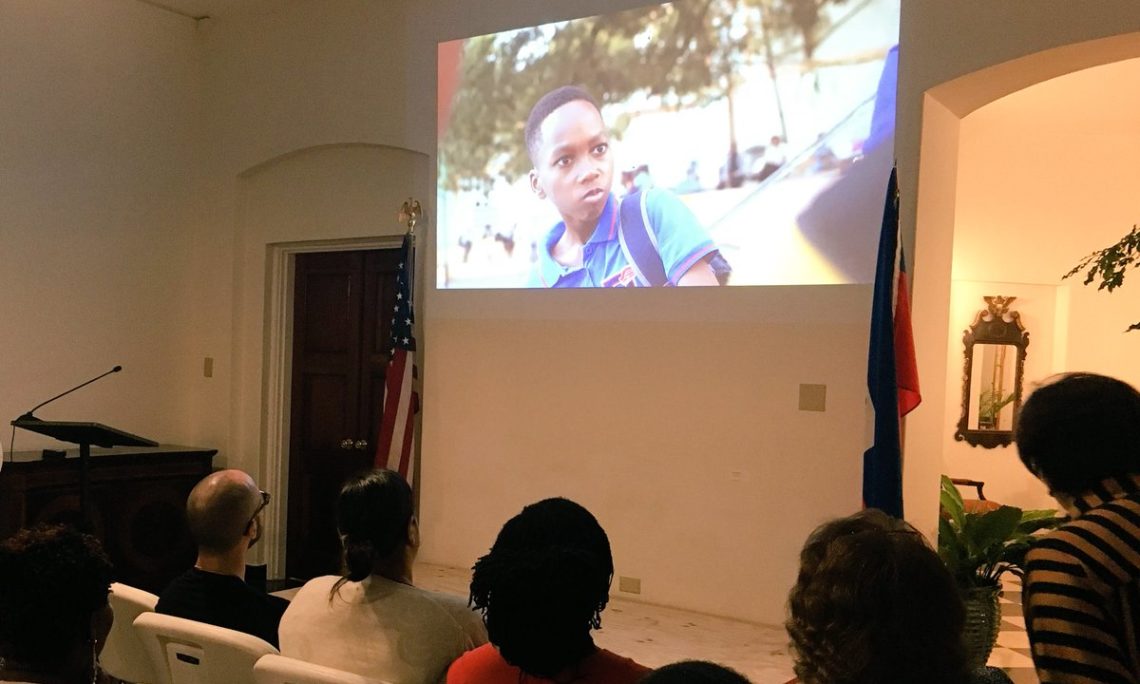 Welcome, everyone! It is such a pleasure to host you all here at the Ambassador’s Residence as we commemorate the 16 Days of Activism Against Gender-based Violence.  This international activism campaign runs from November 25, which is the International Day for the Elimination of Violence against Women, until December 10, Human Rights Day.  Gender-based violence refers to violence that targets everyone based on gender.  Meanwhile, women and girls everywhere are mostly the victims.  We are here today to stop this.

We know that the ability to live a life free from the threat of violence is a human right, and that societies thrive when every citizen knows their rights are respected.  All around the world, throughout the year, individuals and organizations are doing their best to advance that human right.  The U.S. Embassy is no different.  We have been using this campaign to support gender-based violence prevention efforts here in Haiti, and to shine a spotlight on people that are already doing great work to better their communities.  You may have noticed that some of these individuals are being highlighted on our Facebook page, with the hashtag, “chanjman ap komanse ave’w” or #HumanRightsHeroes.  That is because we all have the power to create the world in which we want to live and that we want for our children.

According to the Republique d’Haiti Ministère de La Santé Publique et de La Population, one in three Haitian women aged 15–49 has experienced physical and/or sexual violence at least once in her life.  One in three. Moreover, according to worldwide statistics, Haiti is not the only country.

But the world is changing.  Before our eyes.  There were powerful testimonials shared on social media with the #MeToo campaign.  These testimonials are having daily impact on the status quo in the U.S. and just today were recognized by Time magazine’s Person of the Year.  We hosted several “silence breakers” last night, as well as several professionals working to address these issues here in Haiti. The change that we need must come from each of us.

Of course, this fight does not last only 16 days.  We must fight violence against women and girls throughout the 365 days of the year.  In addition, we must do so with courage and tenderness towards the victims and love for all of  humanity.