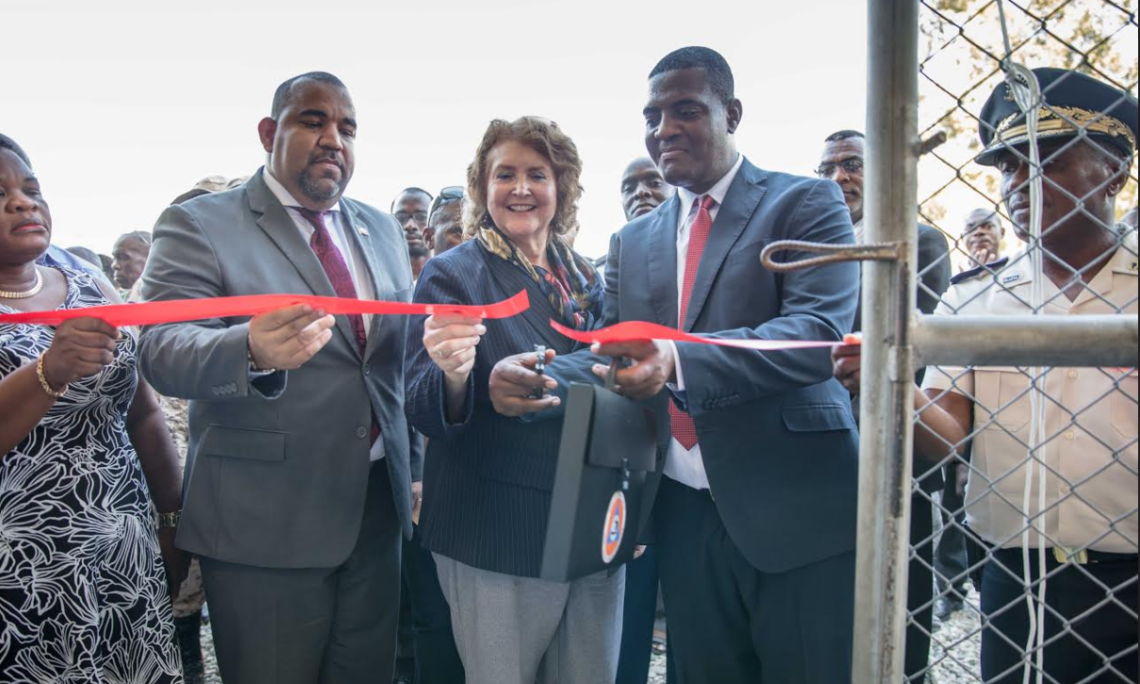 Port-au-Prince, Haiti – Friday, December 08, 2017, the U.S. government has turned over to the Haitian Government two completed fire stations: the first in Diquini 63, commune of Carrefour, and the second in Canaan, Croix-des-Bouquets respectively.  The Chargé d’Affaires Robin Diallo turned over the Carrefour fire station to the government of Haiti. Minister of Interior and Territorial Collectivities Max Rudolph Saint Albin and the Mayor of Carrefour Jude Edouard Pierre attended with other officials. Acting Deputy Chief of Mission Robert Hannan handed over the fire station in Croix-des-Bouquets in a similar manner where  Mayor Rony Collin, and Haitian National Police Inspector, Jean St. Fleur participated in the ceremony.

Chargé Diallo noted, “Both our great nations are prone to a variety of natural disasters – The wildfires currently burning in California attest to this only too well.  Disaster preparedness is how we can be ready to react to save lives.  The United States remains ready to support Haiti in its times of disaster.” For his part, Minister Saint-Albin promised that the Haitian government will honor its commitment to increase the capacity and capability of the Haitian firefighting apparatus by providing 40 to 50 locally configured fire trucks by the middle of 2018.

Since the 2010 earthquake, the United States Government has worked closely with Haiti to build twelve (12) fire stations, nine (9) Emergency Operations Centers, nine (9) Disaster Relief Warehouses, as well as provided a number of trucks, rescue boats, and other emergency vehicles.

The fire stations are but one important piece of the overall United States Embassy effort to work in close cooperation with the Directorate of Civil Protection and the Haitian National Police to exchange expertise, train and develop ways to prepare and thus minimize the effects of disaster.