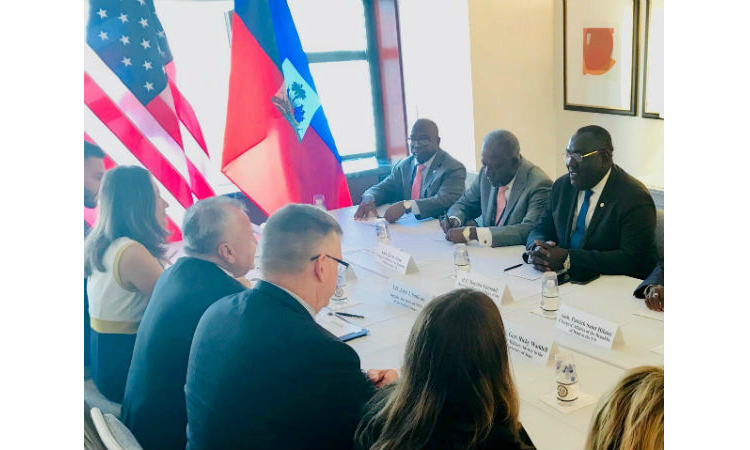 Office of the Spokesperson

The below is attributable to Spokesperson Morgan Ortagus:

Deputy Secretary of State John J. Sullivan met today with Haitian Foreign Minister Bocchit Edmond, on the margins of the UN General Assembly in New York.  The Deputy Secretary and the Foreign Minister reaffirmed the strength of the U.S.-Haiti partnership and shared hope that Haiti’s political stakeholders would soon identify a path to forming a government that remains firmly rooted in democracy and the rule of law.  Deputy Secretary Sullivan and Foreign Minister  Edmond agreed on the importance of political stability and an improved investment climate to spur private sector-led growth.  The United States commended Haiti for its vote in New York at a meeting of states party to the Inter-American Treaty of Reciprocal Assistance (TIAR) to address the threats to peace and democracy in the Americas posed by the former Maduro regime.  The United States also thanked Haiti for serving as Vice President of the TIAR Organ of Consultation.