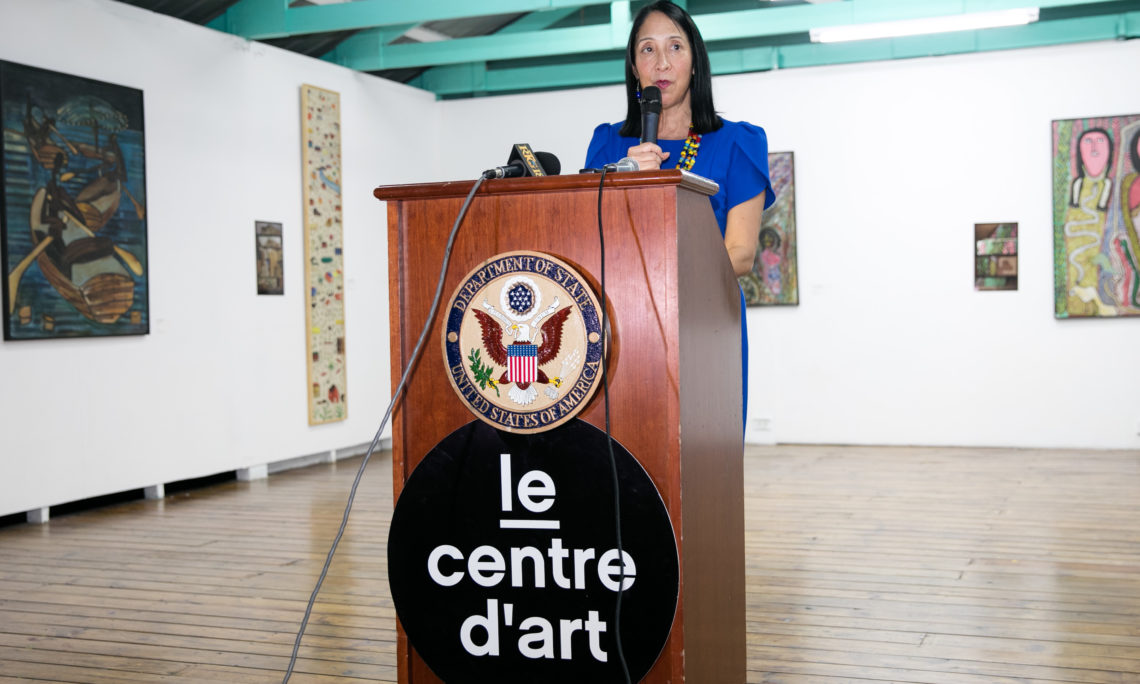 Port-au-Prince – The U.S. Embassy in Port-au-Prince is pleased to announce the restoration of 8 (eight) national heritage paintings and replacement of storage facilities at the Centre d’Art.  This $24,500 grant is from the Ambassador’s Fund for Cultural Preservation (AFCP), established by the U.S. Congress in 2001 to support the preservation of cultural sites, cultural objects, and forms of traditional cultural expression around the world.  Since 2002, Haiti has received over $700,000 in grants to fund nine unique cultural heritage preservation projects around the country.

The Centre d’Art is a public interest institution founded in 1944 by the American watercolorist DeWitt Clinton Peters and Haitian intellectuals.  After the 2010 earthquake, the site and its collection were in ruins. Thanks to the Centre’s team and the Haitian Cultural Recovery Project (Haitian Ministry of Culture – Smithsonian Institution – Washington/USA), the collection was saved but much worked remained to be done.

At the reception at the Centre d’Art on December 12, 2018, U.S. Ambassador Michele Sison said that “the arts tell us something about who we are as a society: how we live, how we work, and what we value.   This is why the work of restoring the paintings of the Centre d’Art is so essential. By preserving and conserving these paintings, the Centre d’Art is preserving concrete, tangible expressions of cultural heritage for all citizens of Haiti, as well as for future generations.”