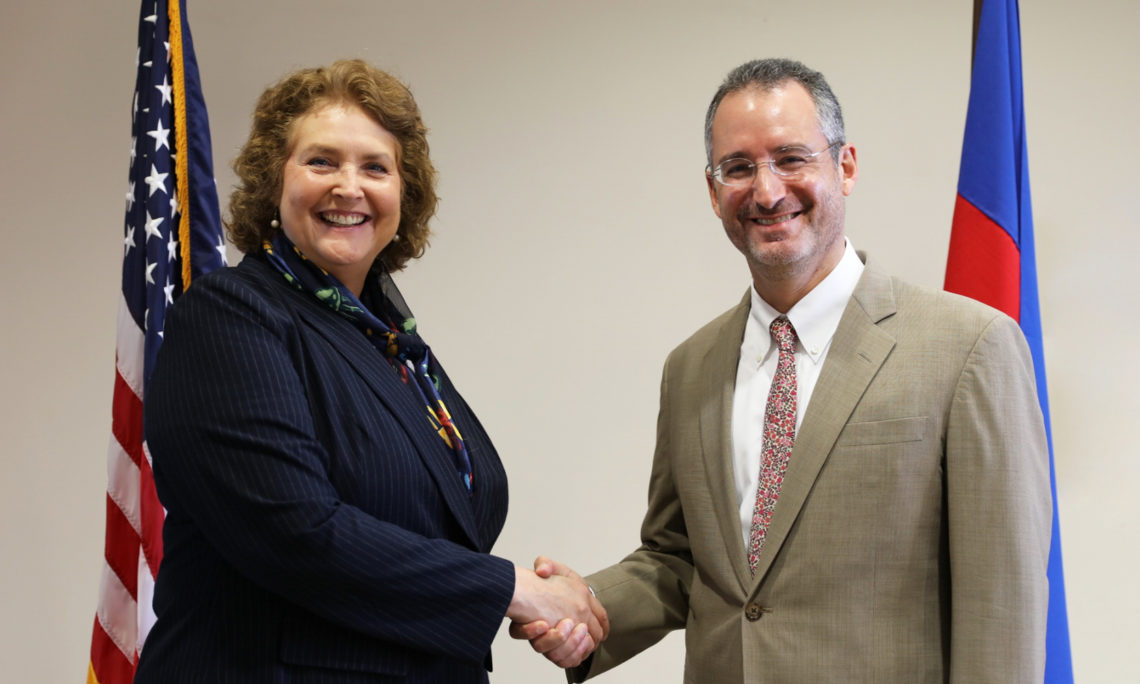 On Friday, August 25, 2017, the U.S. Chargé d’Affaires in Haiti, Brian Shukan, completed his three year assignment at the U.S. Embassy in Haiti. The Chargé d’Affaires Shukan thanks the Haitian people and the government for their hospitality and partnership. He will miss his friends, Haitian music and the local cuisine.

Chargé Shukan transferred his authority to the newly-arrived Robin Diallo.  She will serve as Chargé d’Affaires of the Mission until the arrival of an ambassador, at which time she will become Deputy Chief of Mission for the United States Embassy in Haiti.

Chargé Diallo is looking forward to discovering the country and its culture and to working with the people and the government of Haiti.