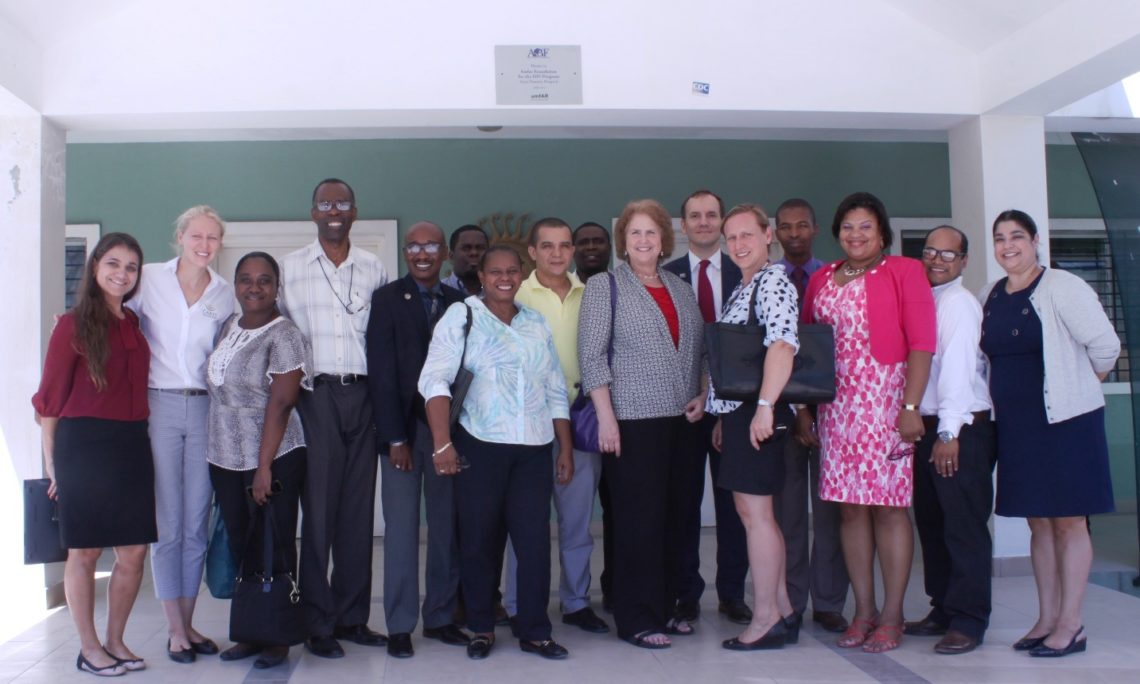 American Embassy Chargé d’Affaires Robin Diallo visited Hôpital Saint Damien/Nos Petits Frères et Sœurs (HSD/NPFS) on October 18th, 2017, to see the impact of U.S. Government (USG) support on Haitian health services. The Chargé visited the laboratory and the children’s HIV clinic, then learned of the projects implemented by the Catholic Medical Mission Board (CMMB) and the Caris Foundation.  The Chargé also heard from beneficiaries of the program, some of whom who work as peer educators.

HSD/NPFS opened in 1988 and served as a home for orphaned and abandoned children. Since then, it has evolved into a 214 bed non-profit hospital that provides inpatient and outpatient services to 22,000 children annually. The hospital treats chronic and pediatric illnesses, where more than half of the children are admitted for infectious diseases such as TB, malaria, and HIV/AIDS. In working toward better health for Haitians, it is a longstanding partner of the USG health team, comprised of the President’s Emergency Plan for AIDS Relief (PEPFAR), the U.S. Centers for Disease Control and Prevention (CDC), and the U.S. Agency for International Development (USAID).