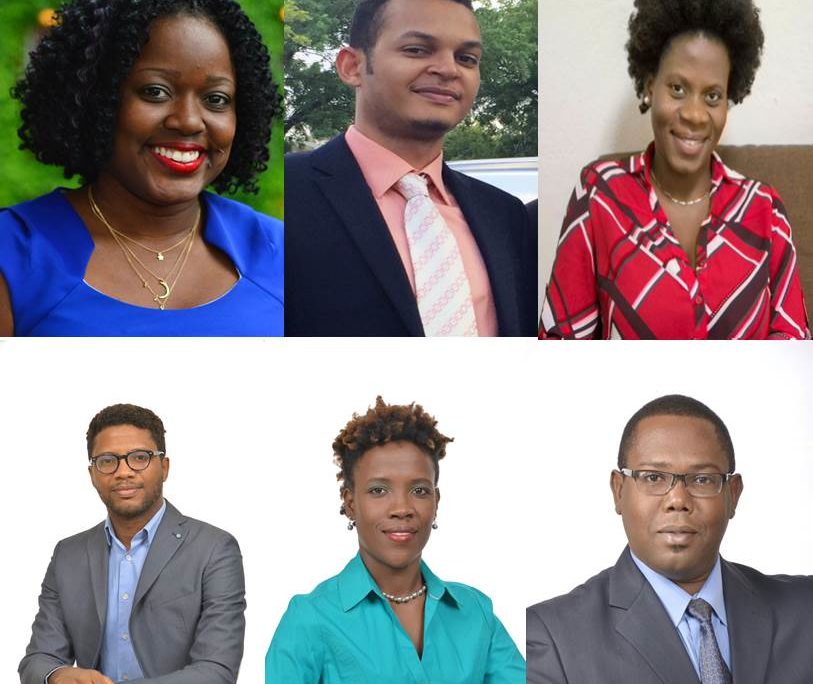 The Public Affairs Office would like to wish farewell to our ten (10) selected 2017 Fulbright candidates as they depart Haiti to complete their master’s degrees at various universities in the United States. The Fulbright Program is the keystone exchange program of the U.S. Government and reflects U.S. commitment to educational excellence and cultural exchange.  The Program selects academically-gifted students from around the world to pursue master’s degrees at universities in the United States.

This group of Haitian scholars participated in a rigorous selection process in order to be chosen from more than 150 applicants this year. The process consisted of an interview, an English exam, the Test of English as a Foreign Language (TOEFL), and the Graduate Record Examination (GRE).  The ten scholars below are the best and the brightest academic stars of 2017. We congratulate them for their dedication, commitment, and hard-work during this arduous process. We wish them success and bon voyage as they get ready to experience this life changing experience.

If anyone from the press would like to interview these excellent scholars, please contact papacademicprograms@state.gov to coordinate.

The Fulbright Scholars for 2017 are:

Ms. Bethanie Saint Louis graduated from Madonna University with a bachelor’s degree in business management and leadership in 2015. In 2012 Ms. Saint Louis became a founding member and Coordinator of an association of professional volunteers “Youth Vision” which supports the academic and vocational training of children and young adults living in disadvantaged rural communities across the country. She is currently working as a Human Resources Officer at Catholic Relief Services (CRS).

Mr. Paul-Emile Brice earned a bachelor’s degree in architecture from the Pontificia Universidad Catolica Madre Maestra (PUCMM) and has completed several courses in project management.  His involvement in development project led him to collaborate in the planning of infrastructures and urban equipment in the area of Wharf Jérémie and Cité Soleil, to manage a social housing project for low income families, as well designing and building public spaces for marginalized communities. For the past two years, Mr. Brice for J/P Haitian Relief Organization (J/P HRO).

Ms. Daphney Richemond earned a bachelor’s degree in civil engineering from ‘’Institut Supérieur Technique d’Haiti’’ (Kay Leconte), and completed a certificate in Water and Sanitation, and Sustainable Development. With over 6 years of experience in the nonprofit sector, she contributed to improve water and sanitation access for vulnerable communities in several regions of Haiti and ensured the sustainability of interventions by engaging actively the National Authorities.

Mr. Pérodin obtained a degree in Finance from Université Quisqueya (UniQ) and is currently working at the Banque de la République d’Haiti as a Financial Controller.
He is also is a professional violinist who teaches classical music to children. Mr. Perodin is a founding member of VIBRAYITI Chamber Orchestra, whose mission is to promote classical music in Haiti.

Ms. Anne Martine Augustin studied electronic engineering at the Faculty of Science of The State University of Haiti. She worked as programmer analyst at Solutions S.A. and is now a Project Manager Assistant at Turbo System S.A. She is also co-founder and current General Coordinator of ACTIVEH, an organization that is promoting volunteer work and community service among university students while providing them practical experience to complete their theoretical knowledge.