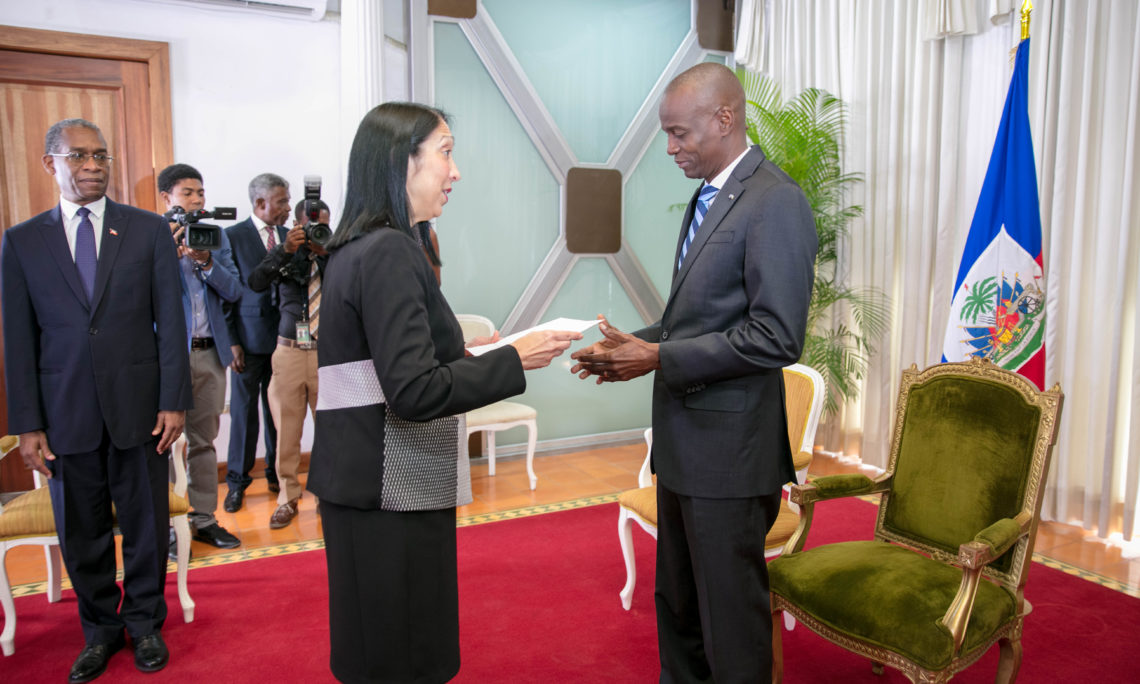 Ambassador Michele Sison presented credentials to President Jovenel Moise today.  Following the ceremony, she noted that “I am deeply honored to have been asked to represent my country as the new U.S. Ambassador to Haiti.   Haiti has held a very special place in my heart since the early 1980’s; I began my diplomatic career in 1982 as a young diplomat in Port au Prince and have always remembered the  warmth of the Haitian people, the country’s great natural beauty,  and Haiti’s unique culture and proud history.”

A career diplomat with 35 years with the U.S. State Department, Ambassador Sison emphasized that “the United States is committed to working with the Government of Haiti and the international community to build a more secure and self-sufficient Haiti.  We look forward to continuing to work with Haiti to strengthen the rule of law and accountability, enhance food security, and create a more welcoming investment climate that will allow the Government of Haiti to generate the revenue needed to provide key government services for the Haitian people.  Finally, given the upcoming CARICOM summit, I also want to recognize President Moise’s current role as Chair of CARICOM.  The United States has an important and growing relationship with our Caribbean partners, and looks forward to strengthening our partnership with CARICOM.”