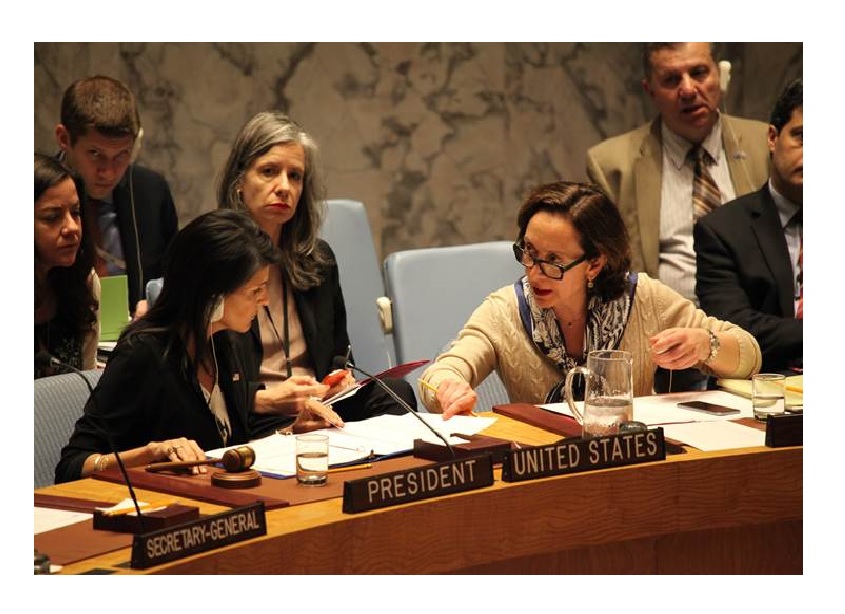 Ambassador Nikki Haley, U.S. Permanent Representative to the United Nations, chaired a UN Security Council Open Debate on the UN Peacekeeping Mission to Haiti (MINUSTAH), which will transition into a smaller police-only peacekeeping mission focused on rule of law, police development and human rights, in a new mandate expected to be adopted on Thursday. Ambassador Haley emphasized the United States’ commitment to working with the Haitian government to ensure the country’s long term security, democratic development, and economic growth.

“The new UN Mission for Justice Support in Haiti will devote its efforts to where they are most needed: in support of the rule of law, developing the Haitian police force, and protecting human rights. At our Peacekeeping Operations Review Debate last Thursday, we asked Council members to focus on the political foundations necessary for the success of peacekeeping missions, including whether the mandated tasks and overall concept of the mission are consistent with political realities on the ground.”

“We regard the transformation of the Haiti mission, including the withdrawal of the military, as a strong example for how peacekeeping missions can and should change as a country’s political situation changes. We believe the new Haiti embodies the core principles of success we have developed as part of our peacekeeping review.”