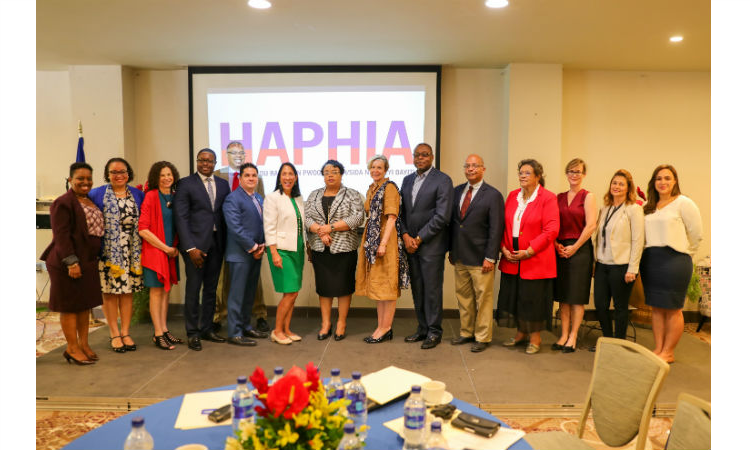 Good morning, everyone.  It is a pleasure to be here and to participate in the launch of this important survey, which will help all of us measure the reach and impact of the HIV program in Haiti.

Since the inception of the PEPFAR program in 2003, the United States has invested more than $1.5B to fight HIV in Haiti.  During the first five years of the PEPFAR program, treatment was not yet widely available so most of our efforts – in Haiti as well as globally – were focused on caring for those that were already sick.

As treatment services expanded, the emergency phase of PEPFAR gave way to a second phase – one that focused on building partnerships, primarily with Governments, but also with multilateral partners and civil society organizations.

In 2016, the Haitian National AIDS Program adopted the World Health Organization’s “Test and Start” policy, which made patients with an HIV-positive diagnosis immediately eligible for treatment.  With that critical policy in place, PEPFAR – in partnership with the Haitian Government – embarked on a strategy to control the epidemic in Haiti by 2020.  __

The HAPHIA – Haiti Population HIV Impact Assessment (HAPHIA) – is part of that effort.  In addition to providing the national HIV/AIDS program with data about impact of the expansion of HIV prevention and treatment programs, the survey will inform decision-making about program investments.  HAPHIA data will help all stakeholders in the HIV response in Haiti have a better understanding of the status of the epidemic here as well as the effectiveness of the response.

As you’ll hear soon from Ambassador Deborah Birx, the Global AIDS Coordinator and head of the global PEPFAR program, Haiti is joining the ranks of more than a dozen other PEPFAR programs that have conducted this survey.  In that sense, HAPHIA is part of PEPFAR’s effort to establish a more precise understanding of the HIV epidemic in Haiti, as well as to better understand the effectiveness of our response.

This is all the more important given Haiti’s generalized, low-prevalence HIV/AIDS epidemic.  Most transmission of HIV in Haiti occurs in the general population, though major population centers and high-risk populations are marked by higher prevalence rates.  To control the epidemic in Haiti, the Haitian government – with support from bi-lateral partners – has implemented a wide range of interventions, both to prevent the transmission of HIV in the first place and to treat those that are already HIV positive. __

Haiti’s epidemic, much like that of the United States, is at a pivotal moment.  We’ve made meaningful progress – yet much work remains.  We know what outcomes we want for Haitian people living with HIV – we want to provide them with stigma-free, high-quality, client-centered care.  We want them to be undetectable and untransmittable.  With the data that HAPHIA will provide us, we’ll be in the best position yet to deliver on these outcomes and to support the achievement of epidemic control in Haiti.